Chemistry - What are the correct resonance structures of nitrous oxide?

Firstly, neither of the resonance structures that you drew for your test are possible because they both violate the octet rule. For the structure on the left, the leftmost $\ce{N}$ is in control of only 6 electrons, and will not exist in this form. The structure on the right is not possible because central $\ce{N}$ is participating in 5 bonds, which $\ce{N}$ cannot do. The maximum number of bonds that $\ce{N}$ can participate in is 3 (covalent bonding - like $\ce{NH3}$) or 4 (coordinate bonding - like $\ce{NH4+}$).

As long as you satisfy the octet rule (or at least as best as you can - here are some exceptions) and you wish to check the stability of a molecule that you have drawn, simply use formula for formal charge. This is given by the equation:

To append Ringo's good answer and to add some more insight into the bonding situation, I performed a calculation on the DF-BP86/def2-SVP level of theory. Since this is a linear molecule, there are symmetry restrictions. Its point group is $C_{\infty\mathrm{v}}$, which means, that there are degenerated orbitals. As we will see, these correspond to $\pi$ bonds. Here is an image of the valence orbital scheme: 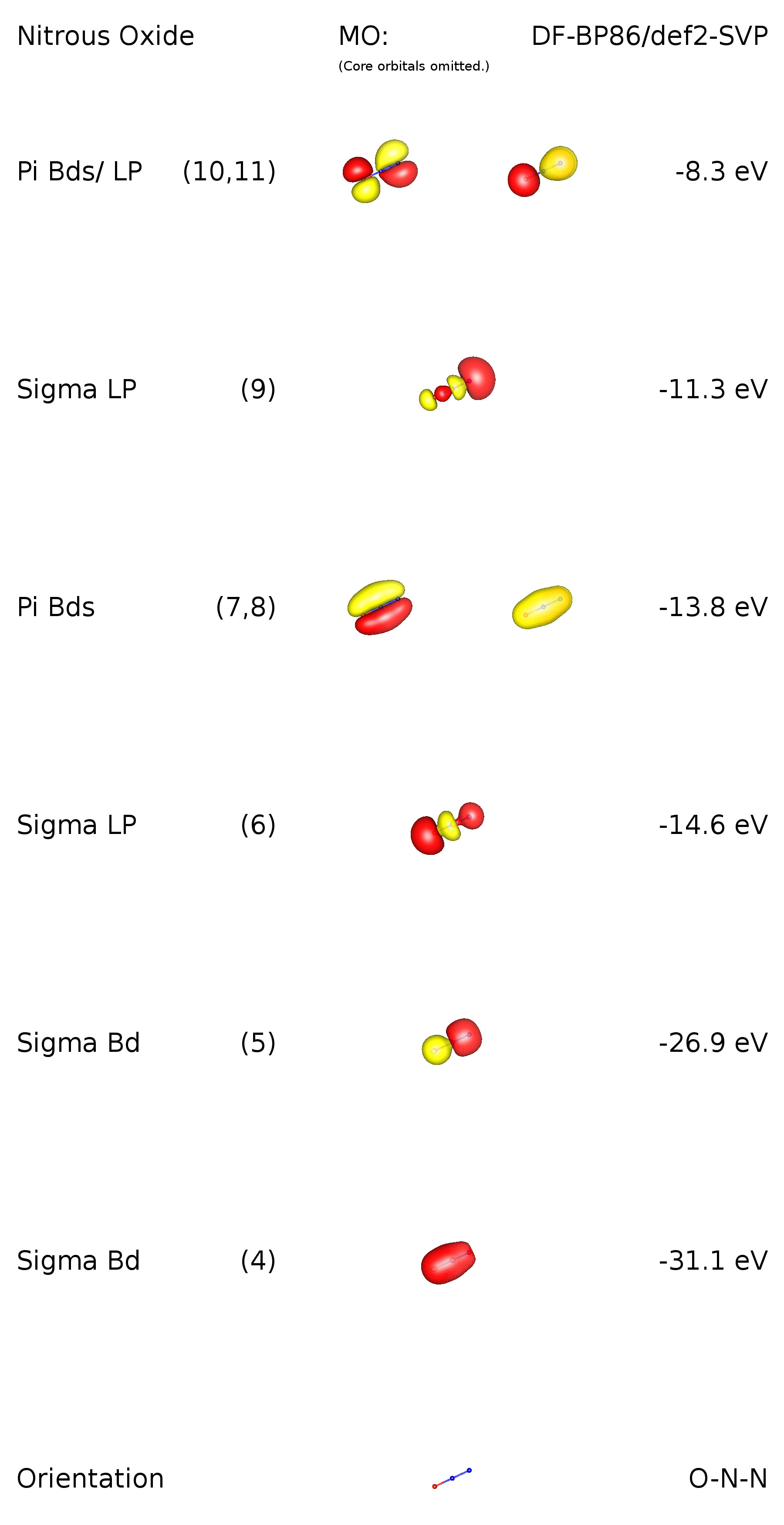 I further analysed the wave function with the natural bond orbital theory. This method localises the orbitals (and electron density) and compares it to the ideal electron density of a given Lewis structure. High percentages mean that the configuration agrees well with the Lewis concept. 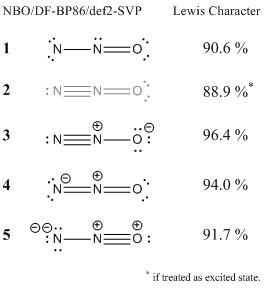 I included the structures you have suggested. You can see, that while configuration 1 is not an ideal Lewis structure, it is still agrees to a certain point with the Lewis concept. If someone would do a more rigorous approach with Valence Bond theory, I would expect this structure to have (at least a minor) contribution to the overall bonding situation. The basic flaw with this structure is the electron sextet at the terminal nitrogen, as Ringo already mentioned. The positive aspect of this structure is, that it does not need formal charges. I would not consider this structure wrong.
The second structure, however, is not correct. This can only exist in an excited state. Nitrogen cannot have more than eight electrons binding around it.
The third structure is the ideal structure, i.e. the one with the highest agreement. I would expect it to have the highest contribution to the overall bonding.
Structure 3 accounts for delocalisation effects and is one of the major contributions to the overall resonance stabilisation of the molecule. Basically you can see the character of this in the MOs 7 and 8 above.
The last structure (5) tries the same thing, but for my taste, this is a little bit far fetched. It still agrees somewhat with the Lewis-concept, but like configuration 1 I would only expect a smaller contribution.

Nitrogen cannot expand its octet (it cannot accommodate more than eight valence electrons). In the resonance structures that you have drawn, both the nitrogen and oxygen on the ends are stable (having no charge) but nitrogen in the middle has five bonds hence violates the above rule. So, the maximum number of bonds for nitrogen in the middle is four. That is why the middle nitrogen atom (in the correct answer) has four bonds but with a charge.

Also, an expanded octet is generally observed in elements which are located below the second period.

Chemistry - Which has higher priority according to Cahn-Ingold-Prelog priority rules, vinyl or secondary butyl? Chemistry - Dependence of change in entropy on temperature Chemistry - How to identify an emerald green solution with possibly two anions? Chemistry - Quantum mechanical explanation for Le Chatelier's principle? Chemistry - Ring expansion from a given cyclic carbocation Chemistry - What is dust made of? Chemistry - Why isn't dry CaCl₂ used to dry HCl gas instead of concentrated sulfuric acid? Chemistry - Why does an acid have a low pH value? Chemistry - Effect of impurities on enthalpy of fusion of ice Chemistry - Pseudochirality with more than two groups on one carbon atom Chemistry - Software for viewing a structure and altering bond angles Chemistry - How to define custom force in quantum chemistry packages?
Pandas how to find column contains a certain value Recommended way to install multiple Python versions on Ubuntu 20.04 Build super fast web scraper with Python x100 than BeautifulSoup How to convert a SQL query result to a Pandas DataFrame in Python How to write a Pandas DataFrame to a .csv file in Python