Chemistry - Pseudochirality with more than two groups on one carbon atom

Ah, now I think I understand what you're asking. You're saying that we have a central carbon to which is attached a hydrogen and 3 groups with the same structure. Each of these 3 groups contains 2 chiral carbons. One group is R,R one is R,S and one is S,S.

I have belatedly come across this inquiry by Charles (unseen by ChemSE in 3 years) and answered by @ron. If Ron's interpretion of what Charles intended is correct, then I presume that the hexaol (arbitrary numbering) shown below would fit into the conversation. If not, my apologies. 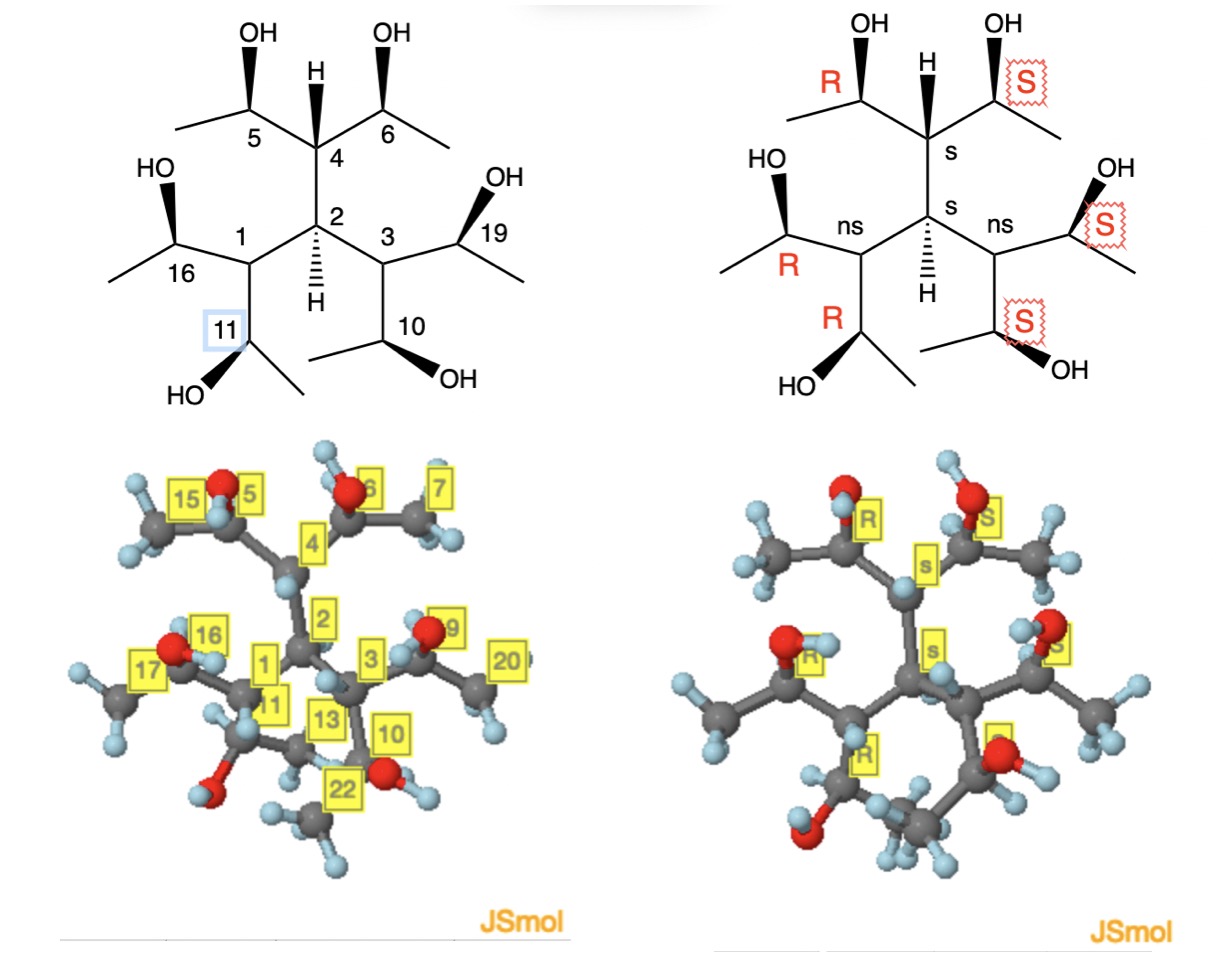