Chemistry - How can 2-indanone be prepared?

If you need to start with ortho-xylene, then you should use fazekazs's approach. I searched through SciFinder and found that the most commonly reported synthesis of 2-indanone involves oxidation of indene using a variety of conditions.

The following Organic Synthesis prep highlights this approach, although it certainly uses some outdated methodology (distillation by aspirator vs. rotary evaporation, for example). Newer reports use a variety of oxidations, including oxone or the the Wacker process. 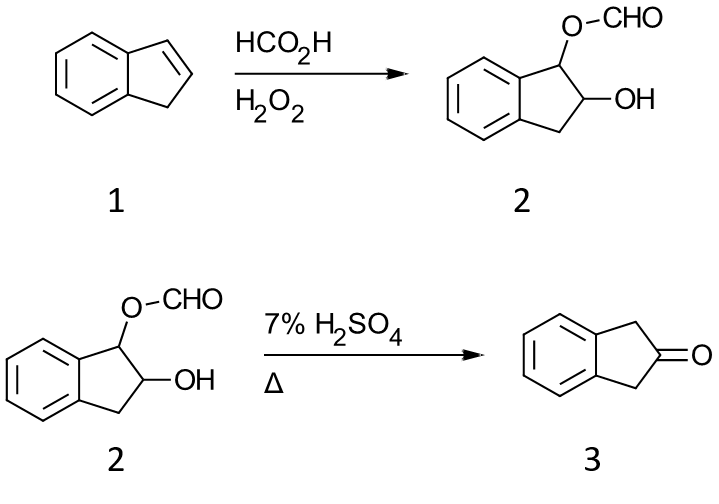 However, when I first saw your question, I wanted to propose a synthesis based on a Dieckmann condensation on diethyl phenylene-1,2-diacetate 4 followed by decarboxylation of the $\beta$-ketoester 5. However, I did not find this approach in the literature, and both the diacetate ester and its parent diacid are of comparaple price to 2-indanone. 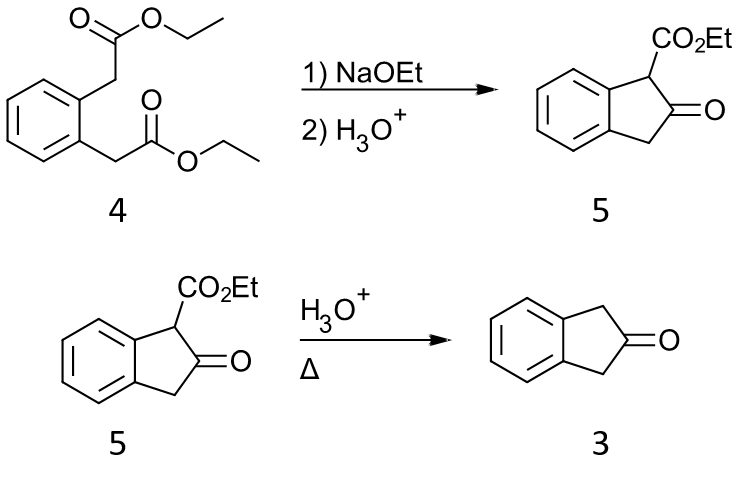 Another interesting idea that I did not find in the literature is a pericyclic approach based on photolysis or thermolysis of beznocyclobutene 5 in the presence of carbon monoxide. Following electrocyclic ring opening, intermediate 6 can react with CO in 4+1 cycloaddition. An isocyanide could be used instead of CO, and hydrolysis of the imine would give 2-indanone. Alternatively, there may be a transition metal species that could mediate this transformation. 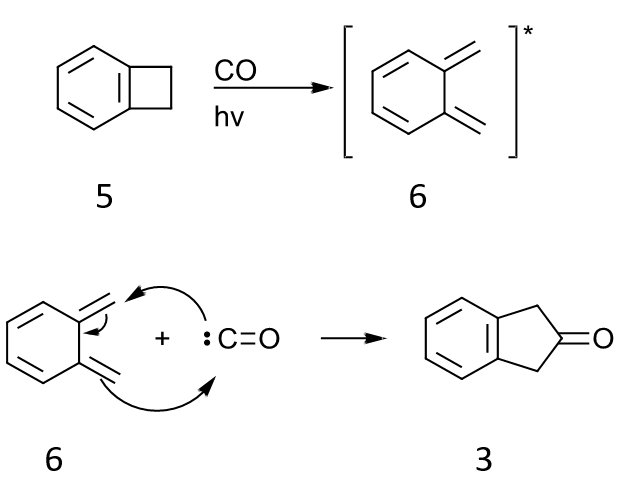 If you want to start from ortho-xylene 1 I would recommend dibromination using N-bromosuccinimide to obtaining ortho-di(bromomethyl)benzene 2, followed by the addition of 1,3-dithianide anion 3 (prepared from formaldehyde and 1,2-ethanedithiol followed by treatment with NaH). While formaldehyde is electrophylic, 1,3-dithiane is nucleophylic if deprotonated (eg. with NaH, forming 1,3-dithianide ion) and can attack on the bromomethyl side of the molecule to get 4. This polarity inversion is called umpolung. A second treatment with NaH gives the cyclized product 5. Deprotection of the thioacetal gives 2-indanone 6. With this reversed polarity approach no phosgene is needed for the synthesis. 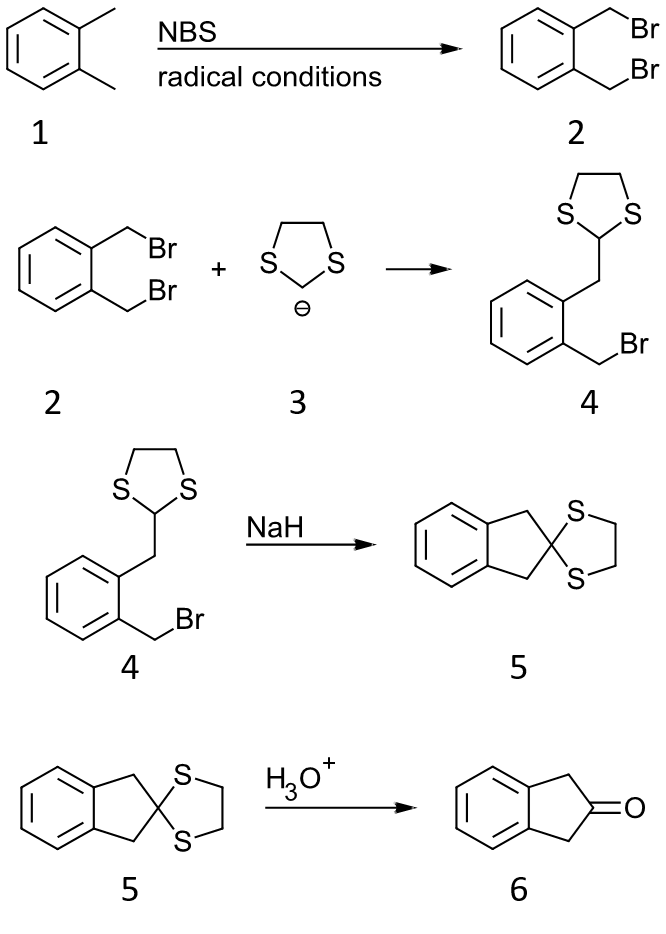