Chemistry - Which carbons in pyrrole have the highest electron density?

Theoretical approach: I would turn to resonance and induction as the rationale for electronic properties. I think all of your resonance forms may contribute about equally to the resonance hybrid. This suggests that all four carbons would share roughly the same amount of electron density. However, we must also consider the inductive effect of the nitrogen atom, which draws some electron density away from C2 and C5 through the sigma bonds. This would imply that the two proximal carbons (closest to N) are more electron-deficient, and the distal (more distant) pair of carbons are more electron-rich.

Experimental considerations: Orthocresol has a good point that pyrroles are observed to form bonds with electrophiles at the proximal carbons (2/5). However, I think this trend may be due to the superior stability of the intermediate produced by that pathway (3 significant resonance forms) versus a distal (3/4) attack (2 significant forms). The cation from a proximal attack is better stabilized by resonance than the distal-attack cation. I expect that pyrrole forming C2 bonds with electrophiles has more to do with the stability of the intermediate of that pathway than necessarily greater electron density on C2. What I did not expect, but read on Wikipedia, is this:

Unlike furan and thiophene, [pyrrole] has a dipole in which the positive end lies on the side of the heteroatom, with a dipole moment of $1.58\ \mathrm{D}$.

It really comes down to the context: in an undergrad first-semester course, you might be expected to say the distal carbons have more density because the nitrogen withdraws from the proximal carbons. In more advanced courses, you might take orthocresol's perspective and base your answer in reactivity, concluding the proximal have more electron density. But I expect a doctorate researcher would probably conduct molecular modeling and compute the electron distributions using quantum mechanics, and perhaps conduct a few experiments to measure the dipole. And at that level, I think C3 and C4 have the honey.

That is really not a fair question and even with a computational approach the differences are more or less marginal. The approach by electron pusher is certainly the way to go, and here is the computations to back it up.
See if you can find the carbon with the highest electron density in the following plot showing the value of the electron density for the calculation on the DF-M06L/def-TZVPP level of theory. 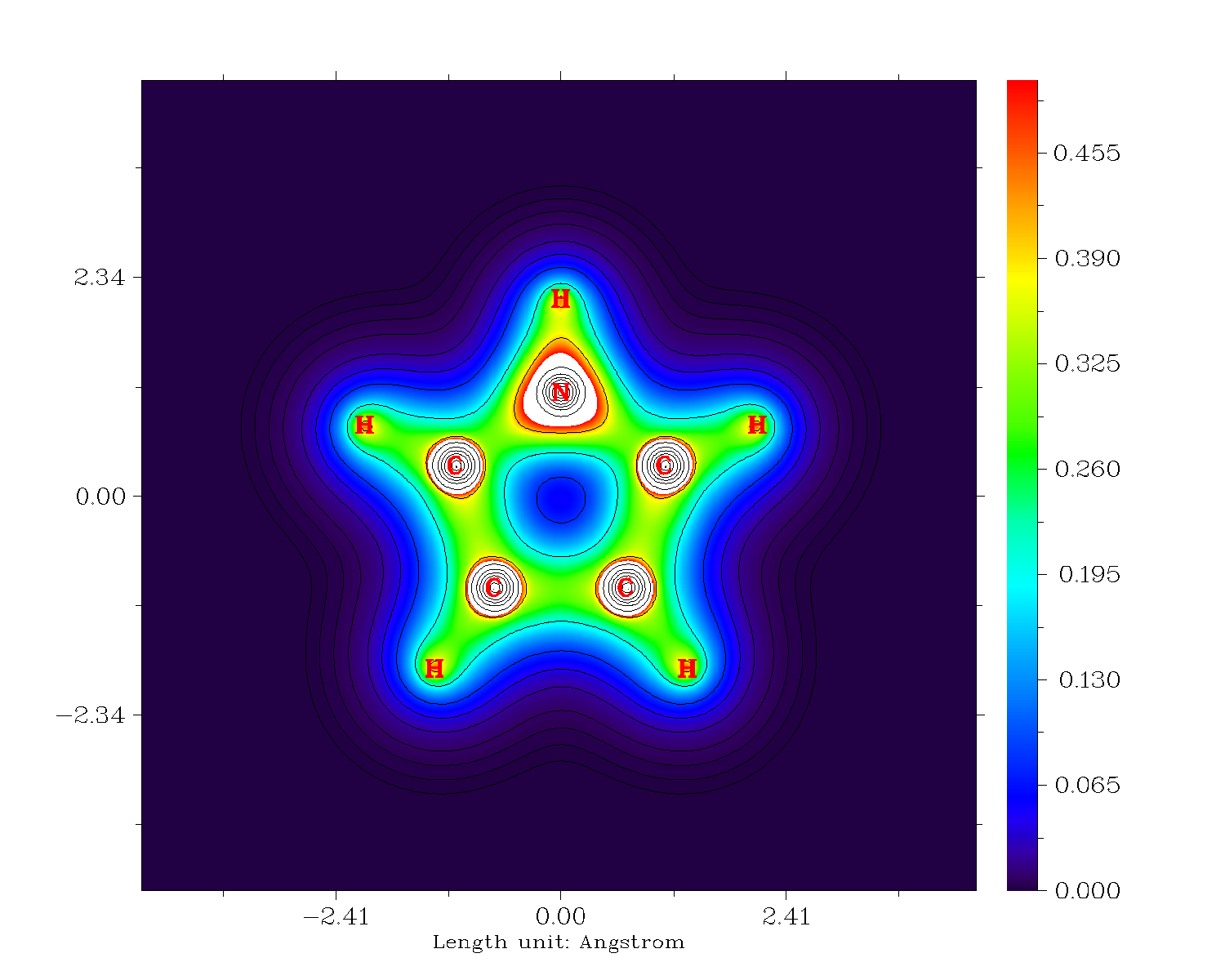 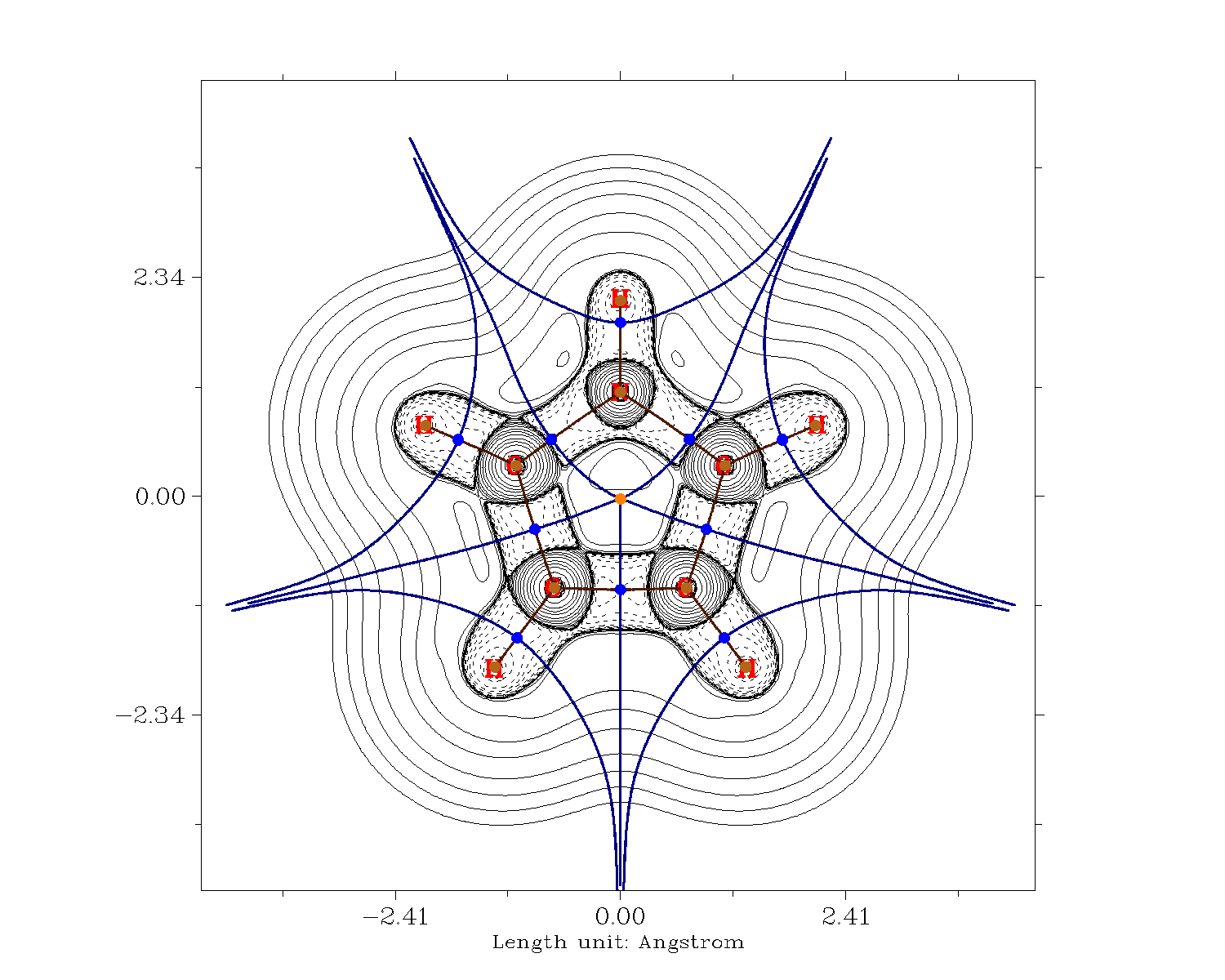 When we integrate over the electron density in these basins, we know at which atom "are the most electrons", subtracting the nuclear charge, we get the overall charge. This should tell us, which carbons have the higher overall density.

And for reference we need the numbering in the table: 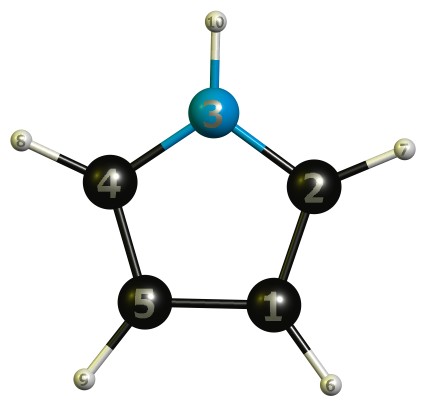 TL;DR (1) The α-carbons to the nitrogen have a higher positive charge, hence the lower total electron density than the β-carbons.

Let's have another look at the π-orbitals to see where the reactivity towards electrophiles comes from.

TL;DR (2) The highest electron density of the HOMO is at the α-carbons; electrophiles react there.

Please don't nag about the numbering, I recycled the calculation from another post, where I did not pay much attention to that. Sorry.

Ad. I agree with the analysis of the dipole moment since all $\ce{C/N-H}$ bonds are in plane. The calculation predicts 1.9 D (away from nitrogen, see here for the direction confusion). This is quite nicely explained in Ron's answer to Pyrrole and furan dipole moments.