Hair is largely (~90%) composed of a protein called keratin, which originates in the hair follicle. 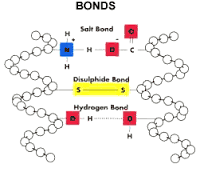 (I got that diagram off of Google Images)

Now, there are a whole bunch of chemical interactions that maintain the secondary and tertiary structures of proteins, such as van der Waals forces, hydrophobic interactions, polypeptide linkages, ionic bonds, etc. But there is, however, one additional chemical interaction in proteins that contain the amino acids cysteine and methionine (both of which contain sulfur) called disulfide linkages. You can see that in the diagram above (it's been marked in yellow, which is fortunately, a very intuitive color when you're dealing with sulfur).

When you burn hair (or skin or nails... anything that has keratin in it for that matter) these disulfide linkages are broken. The sulfur atoms are now free to chemically combine with other elements present in the protein and air, such as oxygen and hydrogen. The volatile sulfur compounds formed as a result is what's responsible for the fetid odor of burning hair.

Quite a few of the "bad smells" we come across everyday are due to some sulfur containing compound or the other. A great example would be the smell of rotten eggs, which can be attributed to a volatile sulfur compound called hydrogen sulfide. Yet another example (as @VonBeche points out in the comments) would be that of tert-butylthiol, which is the odorant that is used to impart the characteristic smell of Liquefied Petroleum Gas (LPG).

Yes, breaking of disulphide bridges is largely responsible for the bad smell. However, I think there is also some additional bad smell coming from ammonia, which is also a part of all amino acids.