Would visible light still be in a separate classification if we saw "colors" in a different wavelength?

Something special about the visible range is that water has low absorption in this range. 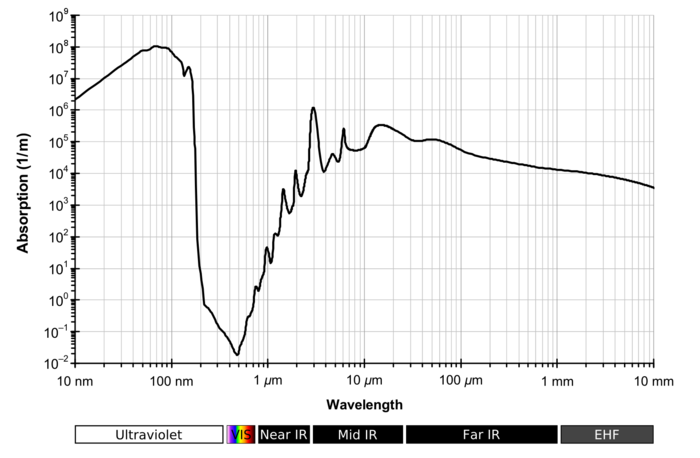 The range of visible light wavelengths has a special property that makes it the commonly used range for all life forms on the Earth:

It is the range of electromagnetic wavelengths that are short enough to be conveniently handled by cell sized detectors and that can pass through the atmosphere.

There are small ranges ("windows") of electromagnetic wavelengths for which the atmosphere is transparent. There is also (as far as I can tell) just one window where biological tissue can be transparent.

This diagram from the Wikipedia article on the "optical window" shows the available ranges:

Really, there are only three ranges that could be useful:

Those are the ranges of "light" we can receive from the sun at the Earth's surface.

The terahertz range doesn't pass through any living material, and the centimeter (and longer) waves are too long for convenient detection by biological processes. That leaves only the range we call visible light.

Wikipedia has an article on the "optical window for biological tissue." You can only make eyes out of things that will pass the light (lenses or just the pupil) and then you have to have something that will catch it and react to the absorption (retina.)

is there anything special about visible light other than the fact that we use it to see colors?

Does visible light have something special about it that lets us see a variety of different colors? 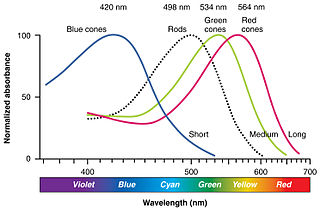 If we had only one kind of photoreceptor cells, then we would not be able to distinguish between colors. For example, yellow light of a certain brightness would appear to us like red light of the same brightness. We would probably perceive everything as white, black, and various shades of gray.

If magnetic field lines don't exist, what are these iron filings doing around a magnet? Why can't magnetic field lines intersect with each other? If spacetime itself is expanding, how could we ever tell? Normalization of the action in Special Relativity Work done walking on moving train Cue Ball Moving on a Train Problem Which mathematical property allows us to combine proportional relationships? Physical Motivation for Four-Velocity definition How can extra dimensions be small? How does the current remain the same in a circuit? How do the unit vectors in spherical coordinates combine to result in a generic vector? Parallel / antiparallel spins for two unpaired electrons
Pandas how to find column contains a certain value Recommended way to install multiple Python versions on Ubuntu 20.04 Build super fast web scraper with Python x100 than BeautifulSoup How to convert a SQL query result to a Pandas DataFrame in Python How to write a Pandas DataFrame to a .csv file in Python