If magnetic field lines don't exist, what are these iron filings doing around a magnet?

Here's a map of the barometric pressure in the United States. 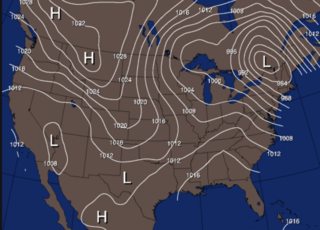 The map contains isobars, which are lines of constant pressure. These are constructed by starting from an arbitrary point, and following the direction where the pressure doesn't change.

Isobars don't "exist", in the sense that there isn't literally a big white line in the sky hovering over New York City at this moment. Isobars aren't made of anything, and whether or not an isobar goes through a point on a map is decided entirely by how the map maker decided to draw them. But they help you visualize pressure, which is very real.

When people say that magnetic field lines don't "exist", they mean they're like isobars: a completely arbitrary visualization tool that doesn't exist outside of diagrams. But like pressure, the magnetic field itself is as real as it gets. Iron filings follow its direction.

Individual iron filings will align their long dimension with the magnetic field. But then they will also feel the induced magnetization in other iron particles nearby, and they will tend to move toward each other till their points touch.

This is what creates the strings of iron particles. When the needles cannot move from their site, one does not get lines. 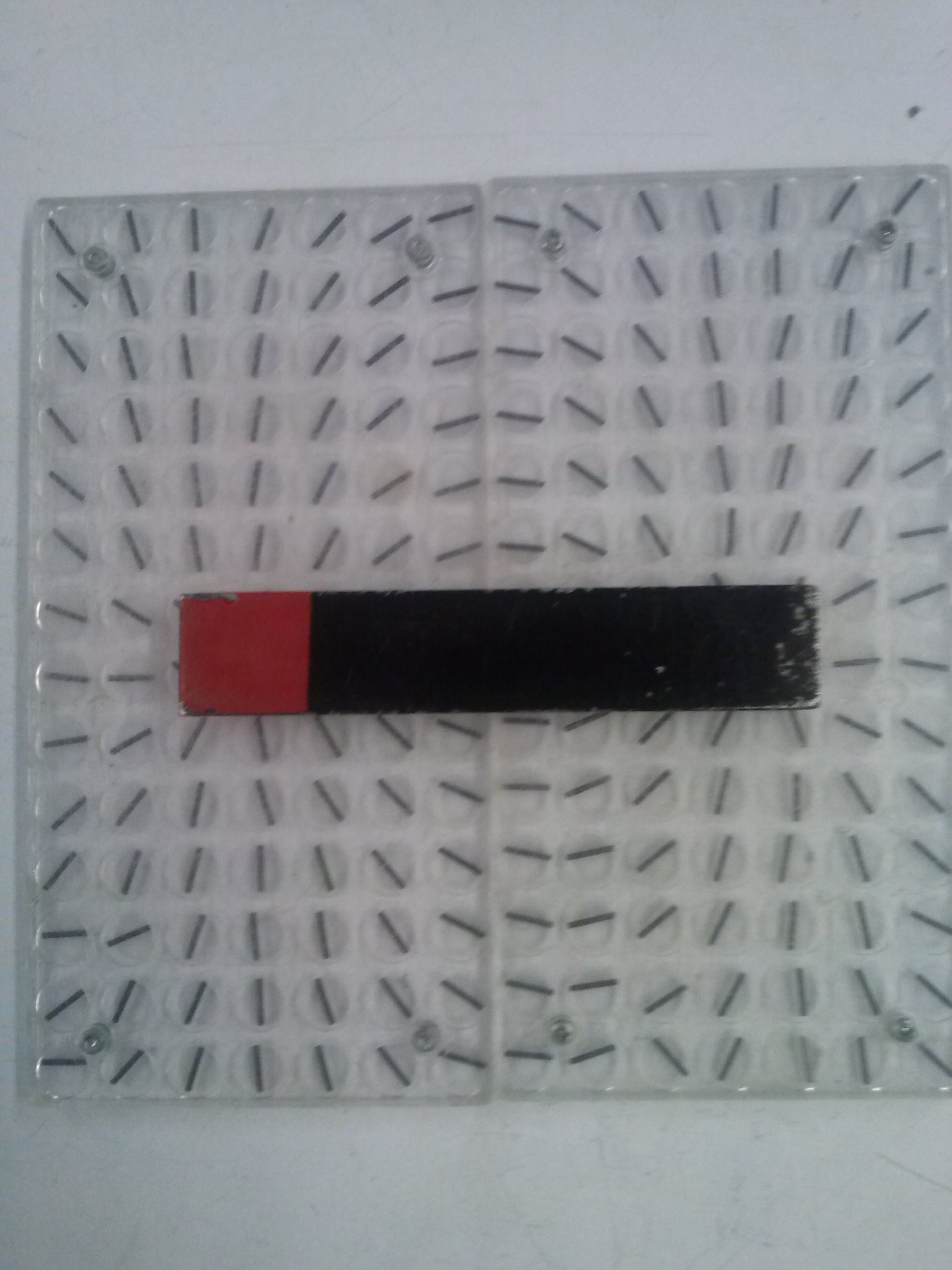 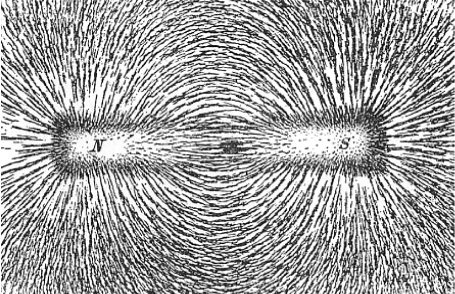 That does look like there are real lines, doesn't it?

It's because each iron filing becomes its own magnet which affects the others.

Notice how they're all crowded together close to the ends of the magnet, and then there's a region where they're thin, and then they get closer together farther away?

I think that's because close up, the magnetic field of the bar magnet is very strong and is the most important thing. But a little distance from there, the iron filings are each strong magnets and they repel each other to the sides while they strongly attract each other at their ends. If you could cut the bar magnet in half the long way without making enough heat to destroy its magnetic fields, the halves would spring apart because they repel each other. The metal magnet holds itself together too strongly to let that happen. But if you cut it in half the short way, the two halves would cling to each other.

Farther away the iron filing magnets are weaker and so they don't repel each other as much and the lines get closer.

Why can't magnetic field lines intersect with each other? If spacetime itself is expanding, how could we ever tell? Normalization of the action in Special Relativity Work done walking on moving train Cue Ball Moving on a Train Problem Which mathematical property allows us to combine proportional relationships? Physical Motivation for Four-Velocity definition How can extra dimensions be small? How does the current remain the same in a circuit? How do the unit vectors in spherical coordinates combine to result in a generic vector? Parallel / antiparallel spins for two unpaired electrons Confusion about components of circular motion
Pandas how to find column contains a certain value Recommended way to install multiple Python versions on Ubuntu 20.04 Build super fast web scraper with Python x100 than BeautifulSoup How to convert a SQL query result to a Pandas DataFrame in Python How to write a Pandas DataFrame to a .csv file in Python