Why can't magnetic field lines intersect with each other?

You are correct. But so is your teacher.

Magnetic fields are vectors and there is always only one resultant no matter how many vectors are added together.

Magnetic field lines do not actually exist. To "see" them we have to use things like compass needles. If we put small compass needles end to end they will trace out a single line. From a different starting point we could trace out another line. Will these 2 lines ever cross? No. If they did the compass where they intersect would point in 2 different directions at the same time. Clearly impossible as your teacher says.

This does not happen for magnetic field lines because there is no magnetic equivalent of an electric charge. Magnets always have a North and South pole - they are dipoles. Even when you chop them up into small pieces each piece always has a North and a South pole. Nobody has ever found an isolated North or South pole - a magnetic monopole.

It is true that magnetic field is a vector, and if you have two magnets, the resultant field is the vector sum of the fields from each magnet. But that isn't what your teacher is talking about when he says field lines never cross. 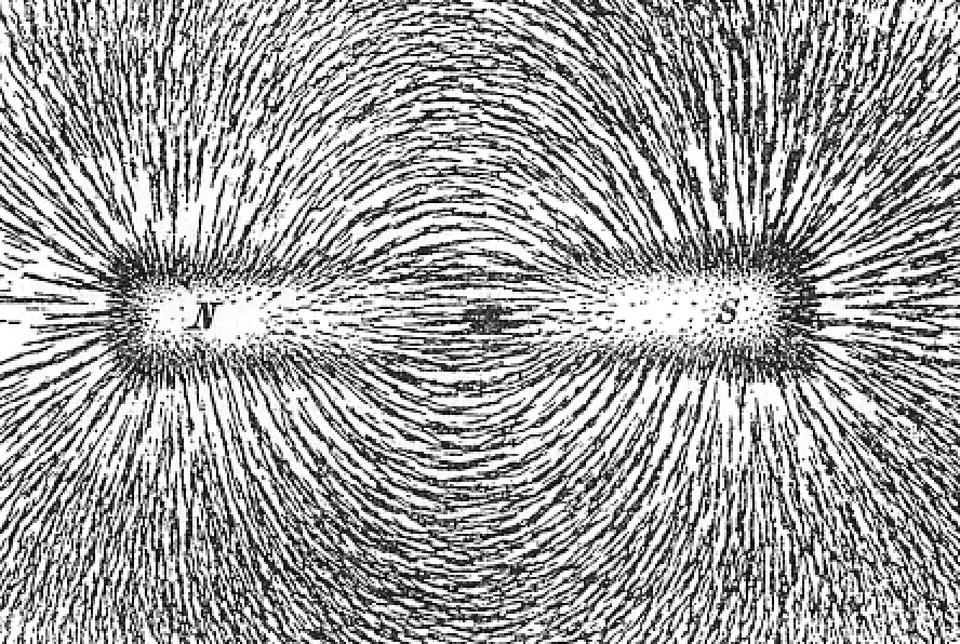 Iron filings line up with the magnetic field like little compass needles. They show the direction of a field from a single magnet at many points. As you can see, the filings tend to clump together, leaving gaps between them. So they don't show the field at every point. Instead, they show that if you move in the direction of the field, you trace out a line.

The magnetic field really exists everywhere, and is a smoothly varying field. The effect on iron filings was discovered before the mathematics of vector fields was worked out. It is a very compelling picture, and generated the idea of lines of force. Lines of forces are a valid way to pictorially describe a magnetic field. They are still used to this day to show the idea. Lines of force can be made mathematically precise, and uses in laws that describe magnetism. 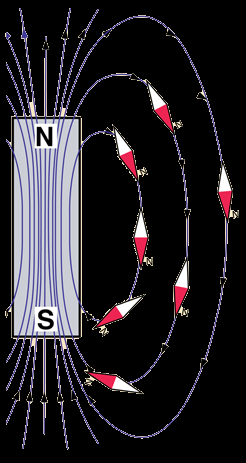 In the first image, it appears the lines go from one pole to the other. A better picture would show this isn't true. They form endless loops. The loops never cross.

It would mean that the total field has two different directions at that point. That isn't possible.

Image 1 is from https://www.forbes.com/sites/startswithabang/2016/07/08/why-doesnt-our-universe-have-magnetic-monopoles/#5443da44380b, but Ethan Siegel. I also found what appears to be the same image at https://en.wikipedia.org/wiki/Magnetic_field, which attributes it to Newton Henry Black, Harvey N. Davis (1913) Practical Physics, The MacMillan Co., USA, p. 242, fig. 200

If spacetime itself is expanding, how could we ever tell? Normalization of the action in Special Relativity Work done walking on moving train Cue Ball Moving on a Train Problem Which mathematical property allows us to combine proportional relationships? Physical Motivation for Four-Velocity definition How can extra dimensions be small? How does the current remain the same in a circuit? How do the unit vectors in spherical coordinates combine to result in a generic vector? Parallel / antiparallel spins for two unpaired electrons Confusion about components of circular motion How is it possible there are UV photos while our eyes cannot detect UV waves?
Pandas how to find column contains a certain value Recommended way to install multiple Python versions on Ubuntu 20.04 Build super fast web scraper with Python x100 than BeautifulSoup How to convert a SQL query result to a Pandas DataFrame in Python How to write a Pandas DataFrame to a .csv file in Python