Chemistry - Dehydration of primary alcohols without a β-hydrogen

In this case, $\mathrm{E2}$ elimination is impossible regardless of condition used, because of lack of $\beta$-hydrogens. However, in acidic conditions, it is possible to have elimination reaction. Since 2,2-dimethylpropanol is a $1^\circ$-alcohol, initial carbocation formation is difficult. However, this formation of carbocations is accompanied by a structural rearrangement, which is the driving force for the $1^\circ$-carbocation formation, which is otherwise not favored: 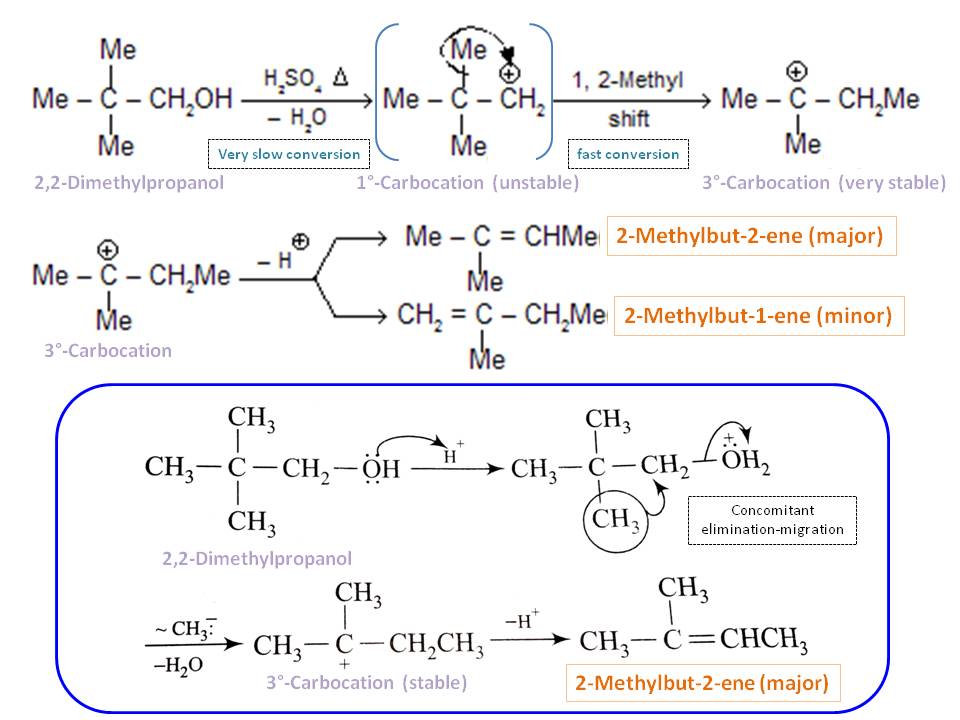 Such rearrangements take place by a 1,2-shift of a neighboring alkyl group or aryl group or hydrogen, and are favored when the rearranged carbocation is more stable than the initial cation. In this case, migrating group is methyl group and carbocation changed from $1^\circ$ to $3^\circ$, which is very stable compared to initial carbocation and favored. Once $1^\circ$-carbocation formed, it quickly rearranged to $3^\circ$-carbocation and as a result, the reaction make forward progress. It can also be considered a concomitant elimination of water and methide migration where methide group acting as an intramolecular nucleophile (See the mechanism shown in bottom box of the scheme). Either way, the initial step is very slow because of very high activation energy: 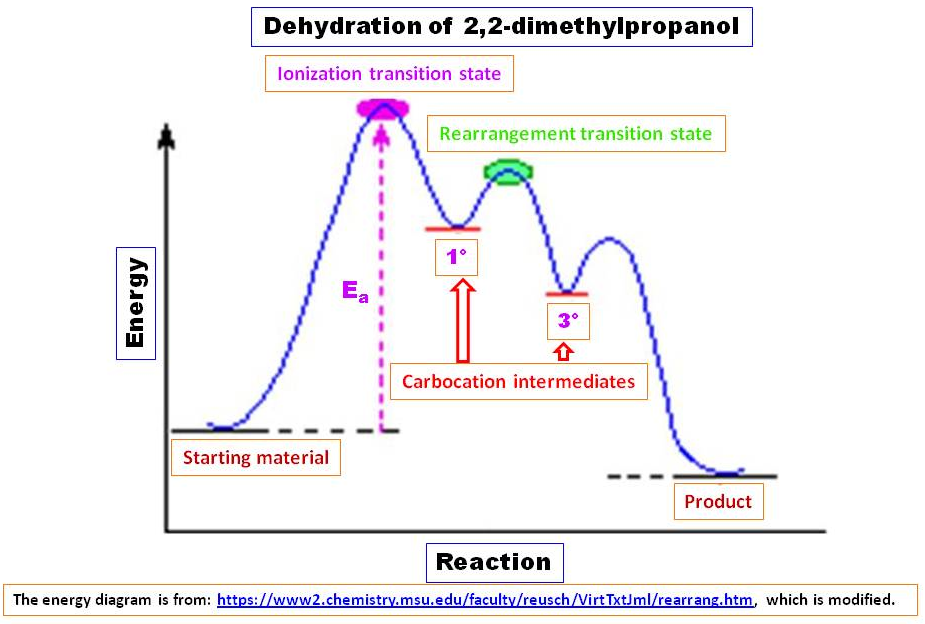 So the the protons in the acidic medium attack the lone pair of oxygen. And this in turn leads to the cleavage of the C-O bond, as it is weaker than C-H bond.

So this leads to the formation of a carbocation on the carbon atom.

As you said, this undergoes rearrangements before a proton is released and thus a pi bond forms.