Chemistry - Why is an S-S bond stronger than an O-O bond?

TL;DR: The $\ce{O-O}$ and $\ce{S-S}$ bonds, such as those in $\ce{O2^2-}$ and $\ce{S2^2-}$, are derived from $\sigma$-type overlap. However, because the $\pi$ and $\pi^*$ MOs are also filled, the $\pi$-type overlap also affects the strength of the bond, although the bond order is unaffected. Bond strengths normally decrease down the group due to poorer $\sigma$ overlap. The first member of each group is an anomaly because for these elements, the $\pi^*$ orbital is strongly antibonding and population of this orbital weakens the bond.

The simplest species with an $\ce{O-O}$ bond would be the peroxide anion, $\ce{O2^2-}$, for which we can easily construct an MO diagram. The $\mathrm{1s}$ and $\mathrm{2s}$ orbitals do not contribute to the discussion so they have been neglected. For $\ce{S2^2-}$, the diagram is qualitatively the same, except that $\mathrm{2p}$ needs to be changed to a $\mathrm{3p}$. 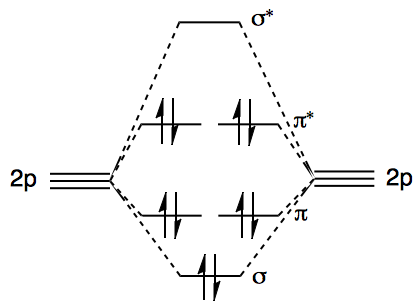 The main bonding contribution comes from, of course, the $\sigma$ MO. The greater the $\sigma$ MO is lowered in energy from the constituent $\mathrm{2p}$ AOs, the more the electrons are stabilised, and hence the stronger the bond.

It turns out that, going down the group, this quantity decreases. This has to do with the $n\mathrm{p}$ orbitals becoming more diffuse down the group, which reduces their overlap.

Therefore, going down the group, the stabilisation of the $\sigma$ MO decreases, and one would expect the $\ce{X-X}$ bond to become weaker. That is indeed observed for the Group 14 elements. However, it certainly doesn't seem to work here. That's because we ignored the other two important orbitals.

The magnitude of splitting of the $\pi$ and $\pi^*$ MOs again depends on the overlap integral between the two $n\mathrm{p}$ AOs, but this time they are $\mathrm{p}_x$ and $\mathrm{p}_y$ orbitals. And as we found out earlier, this quantity decreases down the group; meaning that the net $\pi$-type antibonding effect also weakens going down the group.

Putting it all together

Actually, to look solely at oxygen and sulfur would be doing ourselves a disservice. So let's look at how the trend continues.

You can see that the trend goes this way: there is an overall decrease going from the second member of each group downwards. However, the first member has an exceptionally weak single bond.

The rationalisation, based on the two factors discussed earlier, is straightforward. The general decrease in bond strength arises due to weakening $\sigma$-type overlap. However, in the first member of each group, the strong $\pi$-type overlap serves to weaken the bond.

I also added the Group 17 elements in the table above. That's because the trend is exactly the same, and it's not a fluke! The MO diagram of $\ce{F2}$ is practically the same as that of $\ce{O2^2-}$, so all of the arguments above also apply to the halogens.

How about the double bonds?

In order to look at the double bond, we want to find a species that has an $\ce{O-O}$ bond order of $2$. That's not hard at all. It's called dioxygen, $\ce{O2}$, and its MO scheme is exactly the same as above except that there are two fewer electrons in the $\pi^*$ orbitals.

Pi bonds are formed by overlapping of two parallel p orbitals. The further the distance between atoms, the lesser the overlapping and weaker the bond.

But sigma bonds in case of Oxygen and Nitrogen are not strong enough because you are bringing two very small atoms (with large no. of electrons in the outer shell) too close which makes the sigma bond comparatively unstable than that of S-S bond where sigma bond is more stable due to lesser electro static repulsion of non-bonding electrons.