Chemistry - Rule of mutual exclusion: is the converse true?

If there is a molecule of $O$ (as opposed to $O_h$) or $I$ (as opposed to $I_h$) symmetry, it would be such a counter example (no mode that is both IR and raman active, and not centrosymmetric).

Apparently a snub cube is an example of the $O$ point group and in Chemistry for the 21st Century it is stated:

9.5.2.5 Snub Cube (6) We have recently demonstrated the ability of six resorcin[4]arenes and eight water molecules to assemble in apolar media to form a spherical molecular assembly which conforms to a snub cube (Fig. 9.3) 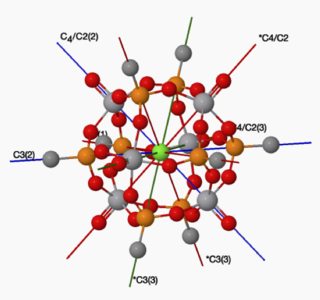