Chemistry - Can geometrical isomers be enantiomers?

The enantiomers 1a and 1b can have their double bonds defined by CIP rules 1a and 5. Rule 1a dictates that CH3>H while Rule 5 has R>S. Thus, 1a has an E-double bond and 1b is of the Z-configuration as exemplified by the red bonds. This issue has been addressed previously on this site.

Addendum: While the enantiomers 1a and 1b (vide supra) have their double bonds labeled in upper case E/Z (ChemDraw), JSmol takes into account the enantiomorphic nature of the double bonds by using lower case e/z (vide infra). See the answer of @orthocresol. 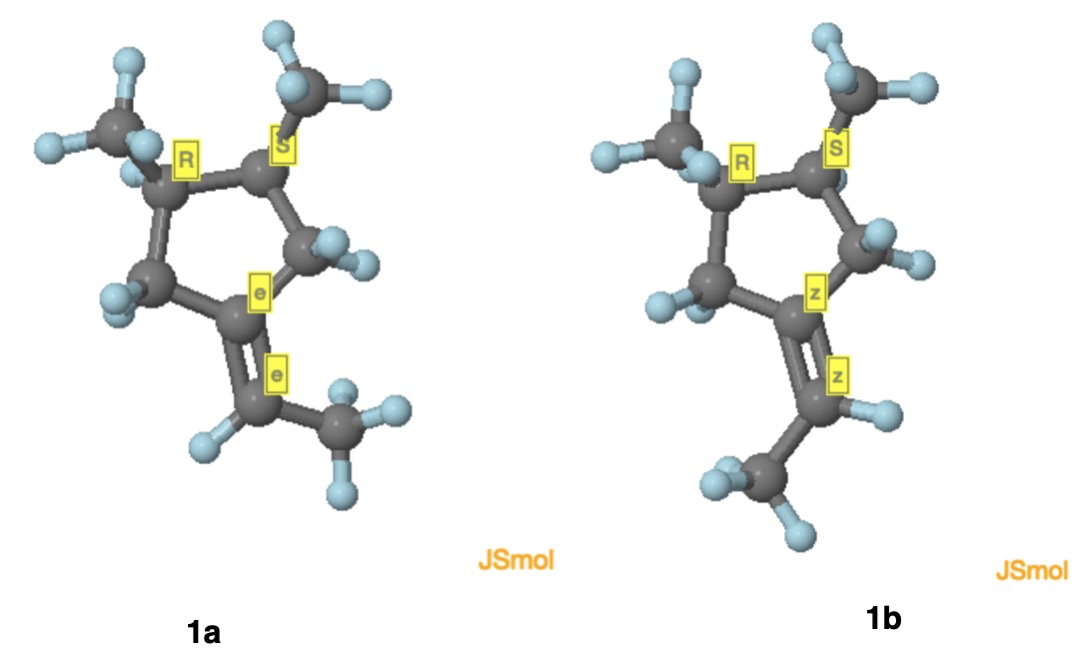 Technically, this double bond should not be labelled as (E)- or (Z)-.

It is what is known as an enantiomorphic double bond, for which the proper stereodescriptors are seqCis and seqTrans. This is described in P-92.1.1 in Nomenclature of Organic Chemistry: IUPAC Recommendations and Preferred Names 2013 (Blue Book).

Notice that for your compound, we have $(\mathrm a, \mathrm b) = (\ce{CH3}, \ce{H})$ and the two enantiomorphic ligands are the two sides of the cyclopentane ring.

The rules for this are briefly quoted in a previous answer:

An atom or group with descriptor ‘R’, ‘M’, and ‘seqCis’ has priority over its enantiomorph ‘S’, ‘P’ or ‘seqTrans’.

As for whether it can be a "geometrical isomer", note first that the term geometrical isomerism has been deprecated in favour of cis–trans isomerism (IUPAC Compendium of Chemical Terminology, 2nd ed. ("Gold Book"), DOI: 10.1351/goldbook.G02620:

Also notice that the Blue Book (also P-92.1.1) describes cis/trans isomers as being in a separate category from the enantiomorphic double bond:

I think it is reasonable to conclude that the given compound cannot be considered as an example of geometrical isomerism, although the cynic in me says that this is mostly a matter of semantics.

Edited version: I originally wrongfully assumed these two structures are not geometrical isomers of the double bond, because it is a trisubstituted double bond with at least two identical groups (although they have two different spatial arrangements as R- and S-designations). As a result, I conclude that the two compounds cannot be distinguished by (E) and (Z) prefixes. Therefore, I thought, it is safe to say they are just stereoisomers (according to the old rules when I was an undergraduate). However, rules have been changed significantly since then and according to Revised Cahn-Ingold-Prelog Rules - IUPAC 2013, (R)-configuration has higher priority than (S)-configuration in this situation. Therefore, actually (E/Z)-configurations exist in these molecules. Accordingly, the top structure has (E)-configuration while the bottom structure has (Z)-configuration (see the diagram below). 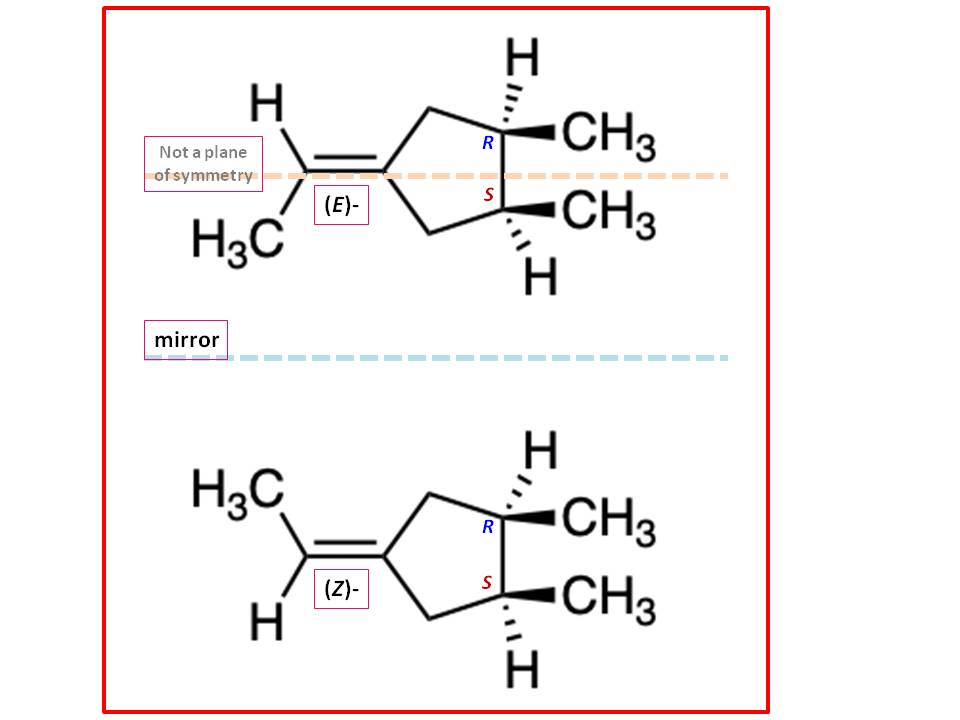 Keep in mind that, in any case, if $\ce{CH3}$ group is replaced by $\ce{H}$ or vice versa, the molecule becomes meso-isomer, which is previously considered as not optically active. However, as Zhe pointed out correctly, revised Cahn-Ingold-Prelog Rules give rise to pseudo-chiral centers in meso-compounds. Nonetheless, the molecule in hand does not have a plane of symmetry, and hence have non-superimposable mirror images as shown in the image. As a results, the two structures given are enantiomers, one with (E)-configuration while the other with (Z)-configuration (see the diagram above).