Are LEDs in modern streetlights usually pulsed? If so, roughly what frequency?

LEDs used for street lighting usually employ a DC/DC converter of some kind, with tight current control at its output. So, providing a steady current isn't reducing efficiency nor does it add unnecessary components which could fail, nor does it reduce the lifetime of the LEDs.

It's the simplest and most efficient way to drive a high-power LED array. Steady current, provided from a "pulsed" source.

You're making a wrong assumption that the efficacy goes up with higher power level. The opposite is true, to any meaningful power levels the efficacy decreases whenever you increase the current.

PWM is used because it's very easy to implement. If you set your current to the maximum you want to use, you can have linear brightness control by just adjusting the duty cycle. Adjusting current has nonlinear response requiring calibration table if absolute accuracy is important (it often is not). 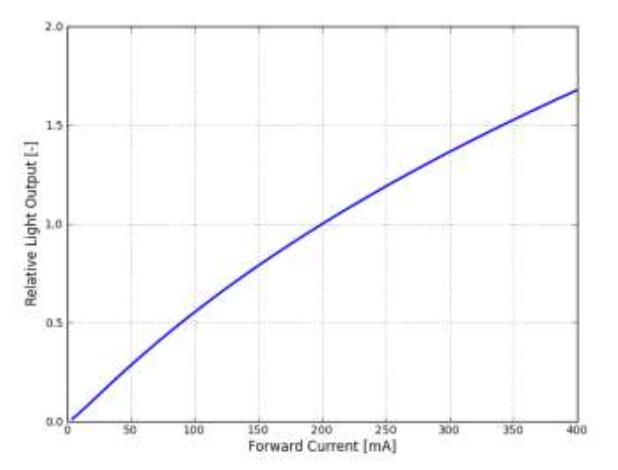 As you can see from this 1W white led Lumen vs current curve, doubling the current does not double the light output. Whether this is important depends on your application. If you're dealing with a >1kW advertising backlight, the electricity bill easily exceeds the up front cost of the display module. There are also thermal considerations, with better efficacy you have less waste heat on your system. 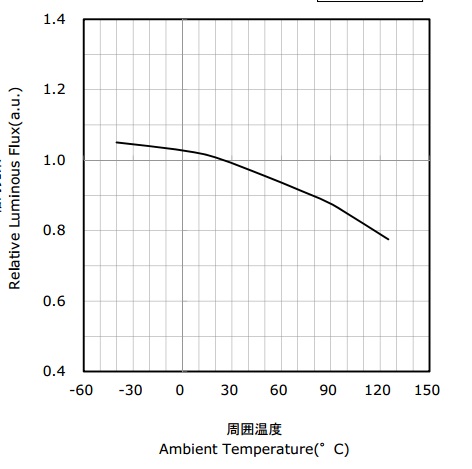 One downside of a PWM is that the load is nasty from SMPS point of view, you're effectively imposing constant radical transients to the poor thing. At the very least you need a large output capacitor to buffer the voltage dips and peaks at edges.

A problem with constant current driving is that it's more complicated, especially if you want adjustable output current. There are further complications with local dimming applications as Vf varies with output power level so your current regulator has to dissipate the difference.

To summarize: They wouldn't do it because it's not efficient, wouldn't keep the lights in safe spec, and is not viable as a way to control a large group of lights (owing to the distance and lack of versatility).

In street lighting, the name of the game is efficiency.

LEDs are inherently a difficult customer, since at their high-efficiency ranges, they are too non-linear** and most be driven by a constant-current power supply.

Since they already must drive it with a constant-current supply, if they also wanted to do PWM, that would add unnecessary complexity. And there's a much better way to dim LEDs using the constant-current supply already present. Here, look at this datasheet on Page 11. Forward voltage vs forward current. Note this graph is very distorted, for normalized, look at my endnotes. 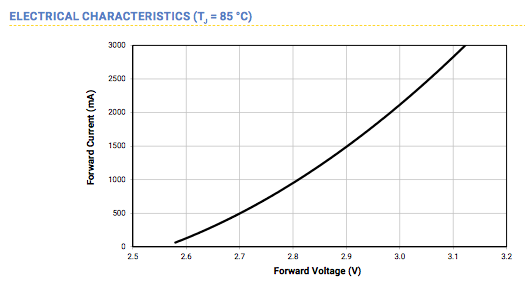 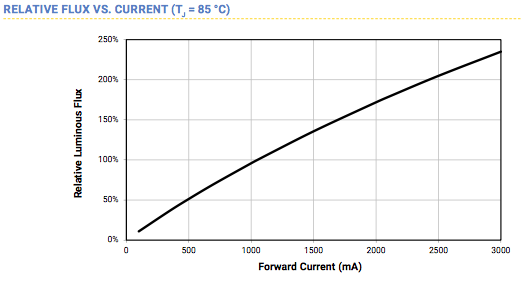 At 1/3 the current, luminous flux drops from 235% to 95% of spec. It's much more efficient at the lower current. Voltage drops too, which nibbles a bit of the efficiency difference, but not by a whole lot.

Would someone deliberately use more emitters to improve efficiency? Absolutely. Many commercial and industrial customers are looking at total life-cycle cost, and emitters are a small part of that. If $100 more emitters saves $300 in electricity over the life of the fixture, it may be a smart move. I had a guy who specced three LEDs at redline max 1400ma. It gave the needed light. However heat was the key issue. I respecced using the datasheet "normal" current of 350ma and seven emitters. Got the same light at half the heat.

Now that I've positively shown lower power is more efficient for LEDs, you can see where PWMing them is not efficient. Running 3000ma at 33% PWM is worse than running 1000ma continuous.

Why would anyone PWM then?

In a perfect world, all dimming would be via something like the 0-10 volt signal widely used commercially, and each LED module would use the "adjust the output of the constant-current supply for perfect dimming" method. However.. that does not work everywhere. Fact is... PWM is an efficient way to propagate a dimming signal.

Consider the lowly "LED strip". A narrow strip of PCB, every 50mm (2") it has a CUT line, three LEDs and a resistor. Or for an RGB strip, three RGB LEDs and three resistors. And with RGB, of course, they want to dim each channel individually. How do we get three dimming signals down to hundreds of little segments? Cost makes it impossible to put adjustable-output constant-current power supplies on every 50mm segment. The only workable dimming method is PWM.

It gets better. PWM is both the power and the signal. If the PWM controller can only drive 3 amps, and you want to run seven 6A strips, you can use an amplifier: it receives the controller's output as a signal and uses it to gate its high-current outputs, tapping out PWM in lock-step. The versatility is hard to beat.

And this works for any of a huge variety of LED lighting (whose purpose is notably, not efficiency.) Nobody really cares about the lumens per watt here: 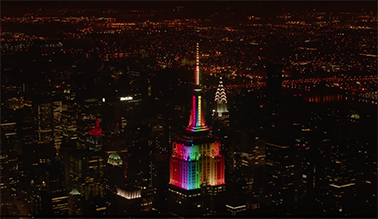 Why not street lights, then?

It's not entirely unreasonable to dim LED street lights. They could ease on at dusk, burn in excess of legal requirements to 11pm, then roll back in the haunting hours when hardly anyone is out. But they wouldn't use PWM. The signal won't propagate well over an installation the size of a town.

An LED street light takes high voltage (240-277V or even 480V which they tap off the nearest power line without metering, that means that PWMing the power line is right out)***. Internally, a street light has a sensible number of large emitters - ideal for series connection to a high voltage constant-current supply. This would be best dimmed by current adjustment. They would either use radio - or if they were hardwiring an expensive signal wire, they would use it for a lot more stuff than dimming. They might work with the power company to power-line-encode a data signal similar to how power companies can remotely shut off smart meters. Adding $20 a unit for the transceiver is not a "deal breaker" on a $1000 street light.

** Incandescents are linear once lit, so sending 120V to them will reliably produce 60W. Discharge lighting (fluorescent, neon, low/high pressure sodium, mercury vapor and metal halide) is totally non-linear: once struck, they are a dead short and must be current-limited by a ballast/driver. In the case of LEDs, their voltage-current curve is quite steep, You remember the Voltage vs Current chart from This data sheet page 11. Look again: The scale is distorted, and volts don't start at zero. If corrected, the graph would look like this: 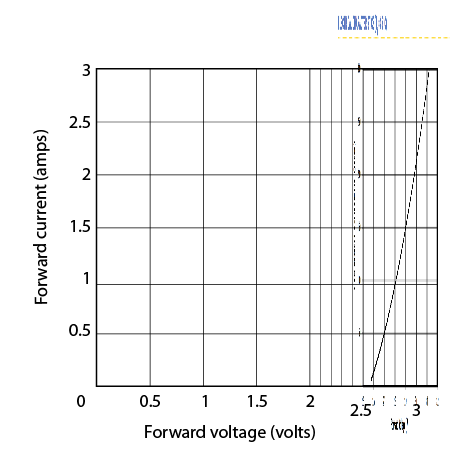 That's what you call non-linear. Remember, this line moves a little depending on temperature, age, binning, etc. and when the line is that steep, a little is a lot. Send 3.05V and who knows what'll happen! The manufacturer only guarantees what'll happen if you send 2500ma. Every other chart in the datasheet is based on current, for that reason.

Meaning of unevenly spaced data points in LTspice How fast can I cycle an AC SSR? Silicone Keypad Design Problems What is the reason for a fuse next to a thermostat? Measuring current with a multimeter - What did I do wrong? Using CPU heat to generate electricity Is it practical for firmware to be uniquely identified in production Which microcontroller should be master / slave? Are flyback diodes needed for this op-amp voltage controlled inductor? Why doesn't an RC circuit change the shape of an input sine? How were schematics drawn before CAD? What is this cartridge fuse style component?
Pandas how to find column contains a certain value Recommended way to install multiple Python versions on Ubuntu 20.04 Build super fast web scraper with Python x100 than BeautifulSoup How to convert a SQL query result to a Pandas DataFrame in Python How to write a Pandas DataFrame to a .csv file in Python