Will repeatedly turning a light bulb on and off damage it?

It depends on the type of lightbulb!

Halogen, incandescent, florescent, and vapor lights all use tungsten filaments that heat up and emit electrons via thermionic emission. In that sense, they are similar. However, the method to "turn on" the lights varies.

Incandescent bulbs are simply turned on once and left on. The inrush current is on the order of 12 to 15 times the peak current if not limited by the methods described in the application note.

Florescent bulbs operate by a "starter" and "ballast" design. The filaments heat up more gradually since the starter (D in the diagram below) has to switch multiple times in order to kick-start the electrons flowing through the tube, not just one time like the incandescent light. 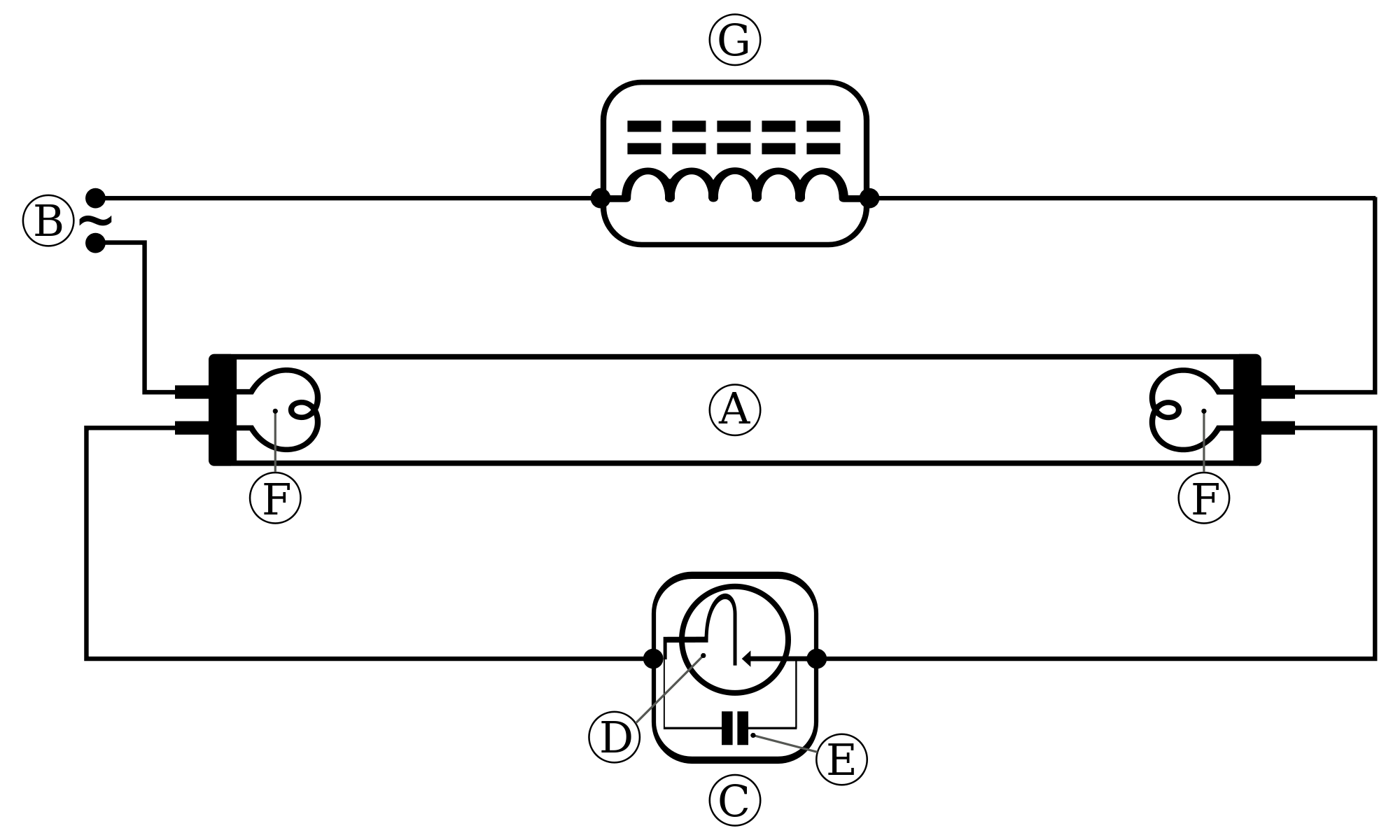 Basically, the starter (a bi-metallic switch) heats up and opens periodically, causing the magnetic field generated by the ballast (G) to collapse and release an inductive kick into the tube. If the kick isn't strong enough, there won't be enough electrons to sustain the circuit through the tube and the light will flicker. The light will only sustain when the magnetic field is strong when it collapses. For an animation of this, check out "How a Florescent Light Works".

Anyway, the idea is that the tungsten element undergoes thermal shock every time the light is turned on. I conjecture that the thermal shock is less for a florescent than for an incandescent, since the florescent lights are not immediately heated up to full throttle because the starter has to try multiple times to start the light (usually over a period of several seconds). Either way, turning on the light every time does damage the filament and will result in long term damage.

The LED however, is the only type of light emitting device out of the list that doesn't use a tungsten element. It uses a PN junction instead. This means that the LEDs require much less voltage and current, meaning low power consumption compared to the lights with filaments. As such, LEDs won't be damaged at all by switching, since there is no filament to damage and the power going through the bulb is lower. In fact many applications switch them at high speeds using PWM which they handle with no problem.

Also, check out MinutePhysics' great video on modern lights for a short explanation of how these lights work!

According to the U.S. Dept. of Energy:

General rule of thumb is every time you turn a light on and off it will shorten its life span, but this also applies to leaving lights on 24/7.

Inrush Current: An example of inrush current is an LED downlight fitting with 9w (0.0375A at 240v) will have any average inrush current of 7A for 300ms (not enough time to trip a circuit breaker breaking contact at 400ms).

Thermal Expansion: The more faulting factor is the temperature stress (thermal expansion) on the driver and control gears (Ballasts, LED control gears, transformers etc.). Every time something heats up (which is anything electrical due to resistance), it needs to cool back down. This causes expansion and contraction on cable joints, soldered or terminated, causing faults and will ultimately result in PCB's (printed circuit boards) to burn out resistors, dislodge cabling from contacts and arc contacts/cabling. This is why you see control gears fail consistently in LED fittings that have 50,000hour lamp lifespans.

This is a common occurrence in circuit breakers and fuses. As time goes on, screw fastened terminations will begin to expand, pushing termination screws to undo, but when it contracts, there is a arc gap between terminals. This causes a hot joint.

Sorry for the long winded reply but I have been asked this question in the past.

Are Micro A USB plugs actually ever used? Will reading serial flash memory wear it out? What is a push-up/pull-up resistor? STM32: Timer interrupt works immediately Why use AutoCAD Electrical? STM32 USB VCP bug Why are there more than one programming channels on PIC32? Does an electrolytic capacitor degrade each time it receives reverse voltage? How does an inductor store energy? Why is Bob Smith termination for Ethernet recommended if it's wrong? LTspice: Vary a capacitor's value over time Why AT command set?
Pandas how to find column contains a certain value Recommended way to install multiple Python versions on Ubuntu 20.04 Build super fast web scraper with Python x100 than BeautifulSoup How to convert a SQL query result to a Pandas DataFrame in Python How to write a Pandas DataFrame to a .csv file in Python