Why is it that I am unable to format my pendrive in exfat using gparted?

Gparted doesn't support creation of exfat file systems. You can use mkfs.exfat utility from the terminal like:

Replace LABEL with the label that you want for your USB and /dev/sdXn with the partition id of your USB.

You will have to install exfat-utils and exfat-fuse from the universe repository for the above to work;

This is the default pre-installed disk manager tool on Ubuntu that shows on the Dash as "Disks".

You can also launch if from the terminal with:

Ensure that you have the exfat backend installed: 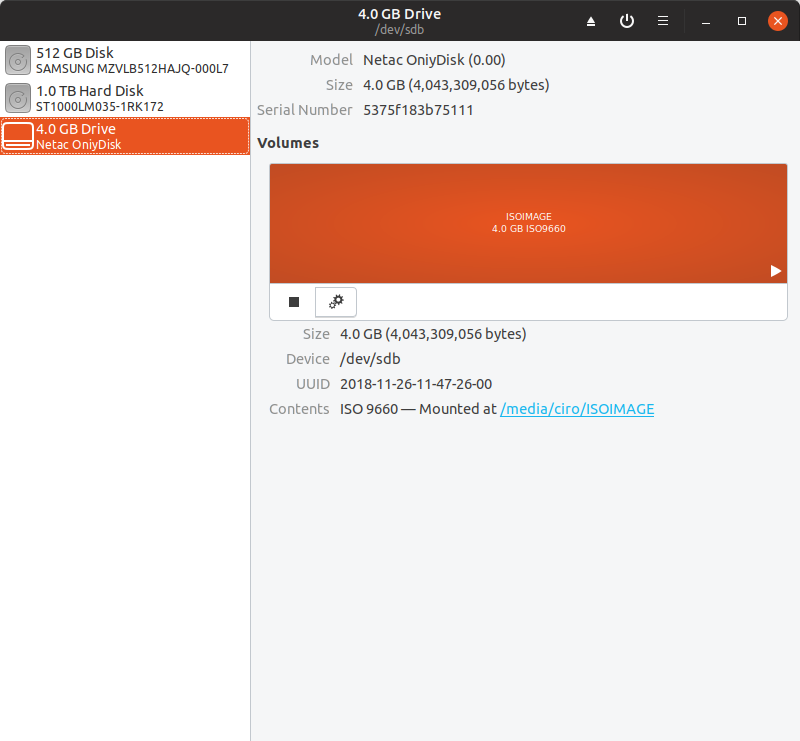 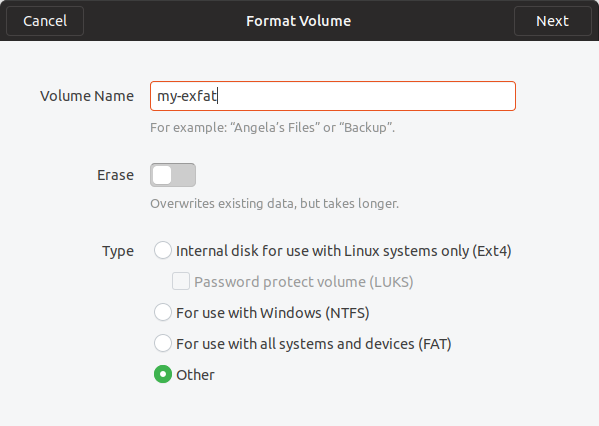 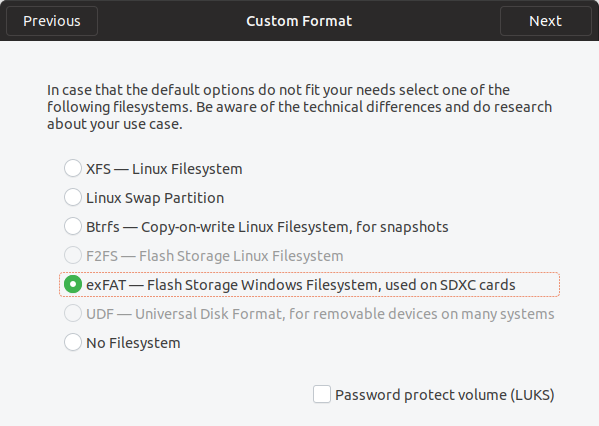 The GUI was a bit different in older versions: GUI tool for formating to exFAT

This is the only non-archaic filesystem I could find that works natively on all of current Mac OS, Windows and Linux, what a world to live in.

While Gparted cannot handle exFAT format, beside other tools that can (Gnome Disks, KDE Partition Manager), there is also the USB Stick Formatter, part of the mintstick tool (which includes both an USB Formatter and an USB Writter), and it covers exFAT format.

It is default in Linux Mint but can be installed in Ubuntu as deb from packages.linuxmint.com or pkgs.org.

14.04 - Network manager stopped working Mount can't find device in /etc/fstab What package to install to play midi files in Ubuntu 16.04? How to completely uninstall MATLAB? How to install PlayOnLinux on Ubuntu 16.04 Enable ZFS ZED Email Notifications on 16.04 Broadcom Wireless Drivers unclaimed after installing update 16.04 User limit of inotify watches reached on Ubuntu 16.04 How can a current version of Linphone be installed? HP LaserJet won't print (16.04 LTS) Nautilus won't launch [16.04] MongoDB (3.2) doesn't start on Lubuntu 16.04 LTS as a service
Pandas how to find column contains a certain value Recommended way to install multiple Python versions on Ubuntu 20.04 Build super fast web scraper with Python x100 than BeautifulSoup How to convert a SQL query result to a Pandas DataFrame in Python How to write a Pandas DataFrame to a .csv file in Python