Why Is an Inhomogenous Magnetic Field Used in the Stern Gerlach Experiment?

In the Stern-Gerlach experiment you want the atoms to be deflected depending on the direction of their magnetic dipole moment. 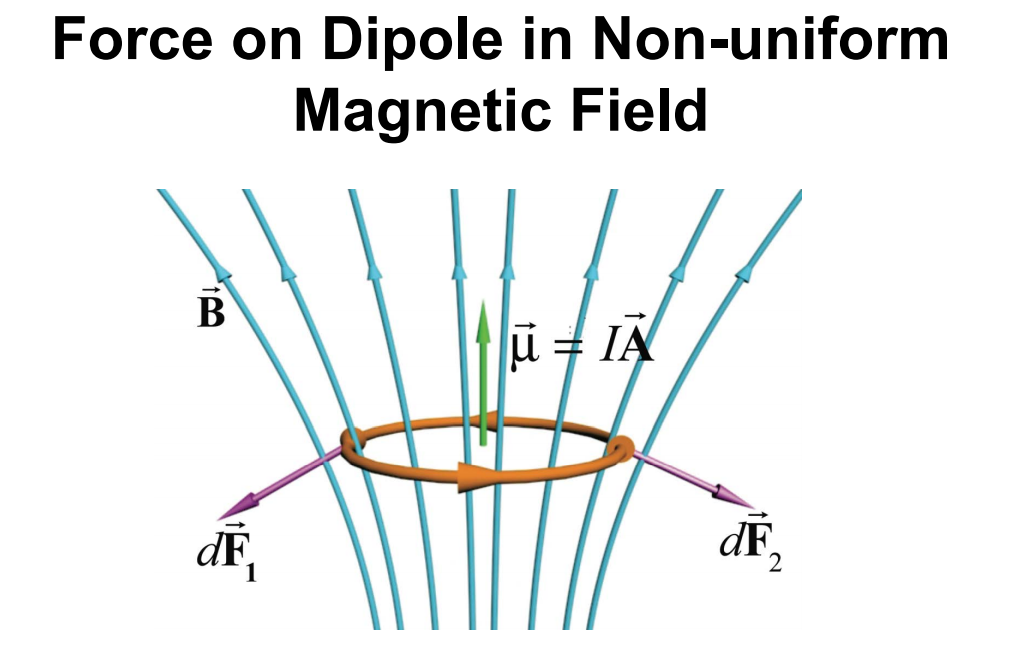 (image from "Force and Torque on a Magnetic Dipole" (page 26))

If the magnetic field would be homogenous, then the forces ($d\vec{F}_1$ and $d\vec{F}_2$ in the image above) would excactly cancel each other, and the net force would be zero.

@Thomas Fritsch uploaded a nice picture that provides intuition about the dynamics of the situation. I would just like to add that the force $\textbf{F}$ exerted on this infinitesimal loop pictured (which is how we model a single silver atom in the Stern-Gerlach experiment), is classically given by: $$\textbf{F} := \nabla \left( \boldsymbol{\mu} \cdot \textbf{B}\right) \tag{A}$$ where $\boldsymbol{\mu}$ is the silver atom's magnetic dipole moment and is a constant vector (that is, it doesn't exhibit spatial variation). You can easily observe that had $\textbf{B}$ been a constant vector, we would have $$\textbf{F} := \nabla \left( \boldsymbol{\mu} \cdot \textbf{B}\right) \tag{B} = \left(\boldsymbol{\mu} \cdot \nabla\right) \cdot \textbf{B} = \mu_x \frac{\partial B_x}{\partial x} + \mu_y \frac{\partial B_y}{\partial y} + \mu_z \frac{\partial B_z}{\partial z} = \textbf{0}$$ Thus, the magnetic field has to be inhomogeneous if we wish to observe a noticeable deflection in the atom's trajectory and thus, investigate the distribution of $\boldsymbol{\mu}$ for an ensemble of silver atoms.

$$\bbox[4px,border:1px solid black]{\textbf{An additional note on Equation $(A)$}}$$ Instead of equation $(A)$, some authors simply write: $$F_z = \mu_z \left(\frac{\partial B_z}{\partial z}\right) \hat{\textbf{z}}$$ The simplification occurs by the realization that the average force in the $x$ and $y$ directions vanishes, as a result of spin precession on the same plane. 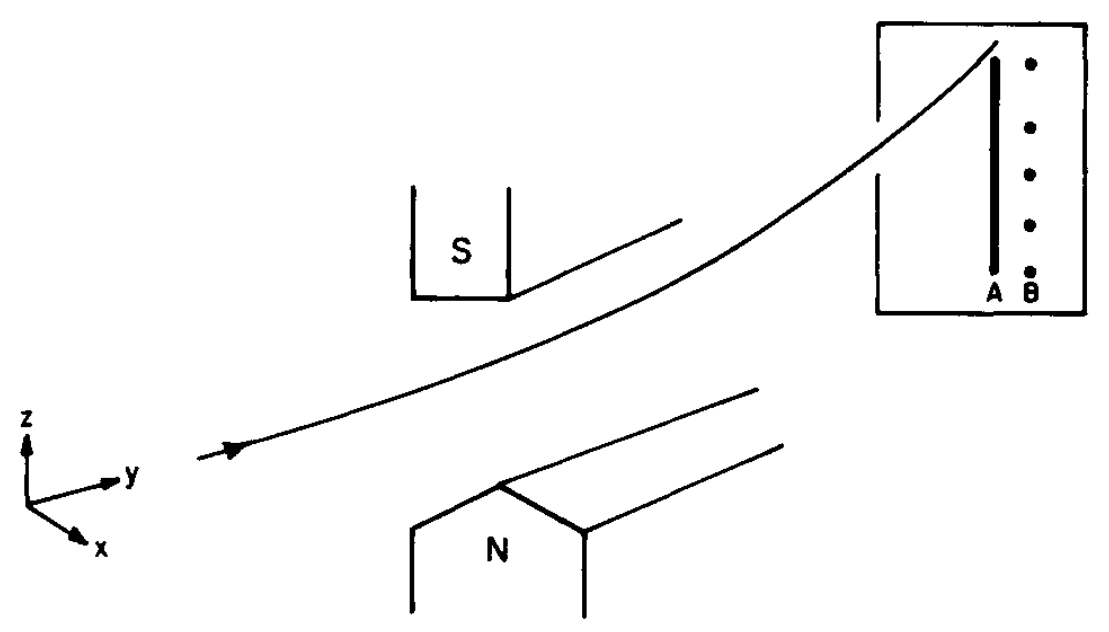 The simple answer is that the spins are magnetic dipoles, not monopoles. A monopole will feel a force in any field. But a dipole needs a spatially varying field, because otherwise each pole of the dipole would feel an equal and opposite force (and the net force would be zero).

Isn't $\epsilon_{ij}$ an isotropic, rank-2 tensor? Why is it easier to carry a person while spinning than not spinning? "To come back to Earth...it can be five times the force of gravity" - video editor's mistake? Is velocity an angle? Does local mean infinitesimally small? Why search for a renormalizable theory of quantum gravity? Why does ponytail-style hair oscillate horizontally, but not vertically when jogging? Why does Feynman say “That is all there is to the theory of relativity – it just changes Newton’s law by introducing a correction factor to the mass” Do photons slow down this much in the Sun's gravitational field? Proton Antiproton collision How do we know chaotic systems are actually chaotic and not periodic? Does spin really have no classical analogue?
Pandas how to find column contains a certain value Recommended way to install multiple Python versions on Ubuntu 20.04 Build super fast web scraper with Python x100 than BeautifulSoup How to convert a SQL query result to a Pandas DataFrame in Python How to write a Pandas DataFrame to a .csv file in Python