Why does a body in SHM have more probability (of being observed) at the extreme positions and not at other positions?

What the question is asking you to find is the classical probability distribution for the harmonic oscillator. I'll show you how to do it mathematically further down, but let's start off by guessing what the solution would look like. First of all, let's interpret the question differently: imagine you're walking into a shop that sells pendulum clocks, each oscillating independently of the others. The instant you walk in, you take a picture of all the different pendulums that are in the shop. Now, you ask yourself the following question: If you divided the total amplitude of all the pendulums into discrete bins, and you looked at every individual pendulum, what fraction of the total number of pendulums would you find in any particular bin.

This is the same as the probability that a pendulum will be found in any particular location. Let's see how we can answer this intuitively: where is the pendulum most likely to be found? Well, you already know the answer to that, if you've ever done an experiment with a simple pendulum! From which point in its trajectory do you start counting oscillations? Well, the point furthest away from the centre, of course! Why do you start counting when the pendulum reaches its amplitude? Because that that's when it is slowest, and therefore it spends the most time at the amplitude, meaning that the relative error you would make in identifying that it has reached the end of its cycle would be the least. If you tried to start counting the oscillations from the mean position (where the pendulum is the fastest) you'd have a lot of trouble measuring the time period accurately, since the pendulum barely spends any time at the mean position, since it's going by so fast!

Below is a great long-exposure photograph taken from a simple paper on the subject (Understanding probabilistic interpretations of physical systems). As you can see, the trail is denser at the edges since the pendulum spends more time there than at the centre:

Just by using this analysis, you should see that the answer to the question has to be $(C)$, since it's the only distribution where the probability of detection is minimum at the centre, and maximum at the edges.

If you'd like to derive this mathematically, this is how you'd do it: 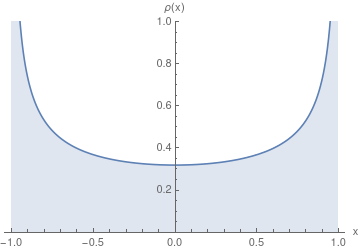 This is basically because the particle has a slow speed at the ends $( \ at \ \pm x_0)$ and hence a greater chance of being captured there.

Let us look at the equation of motion of the particle: 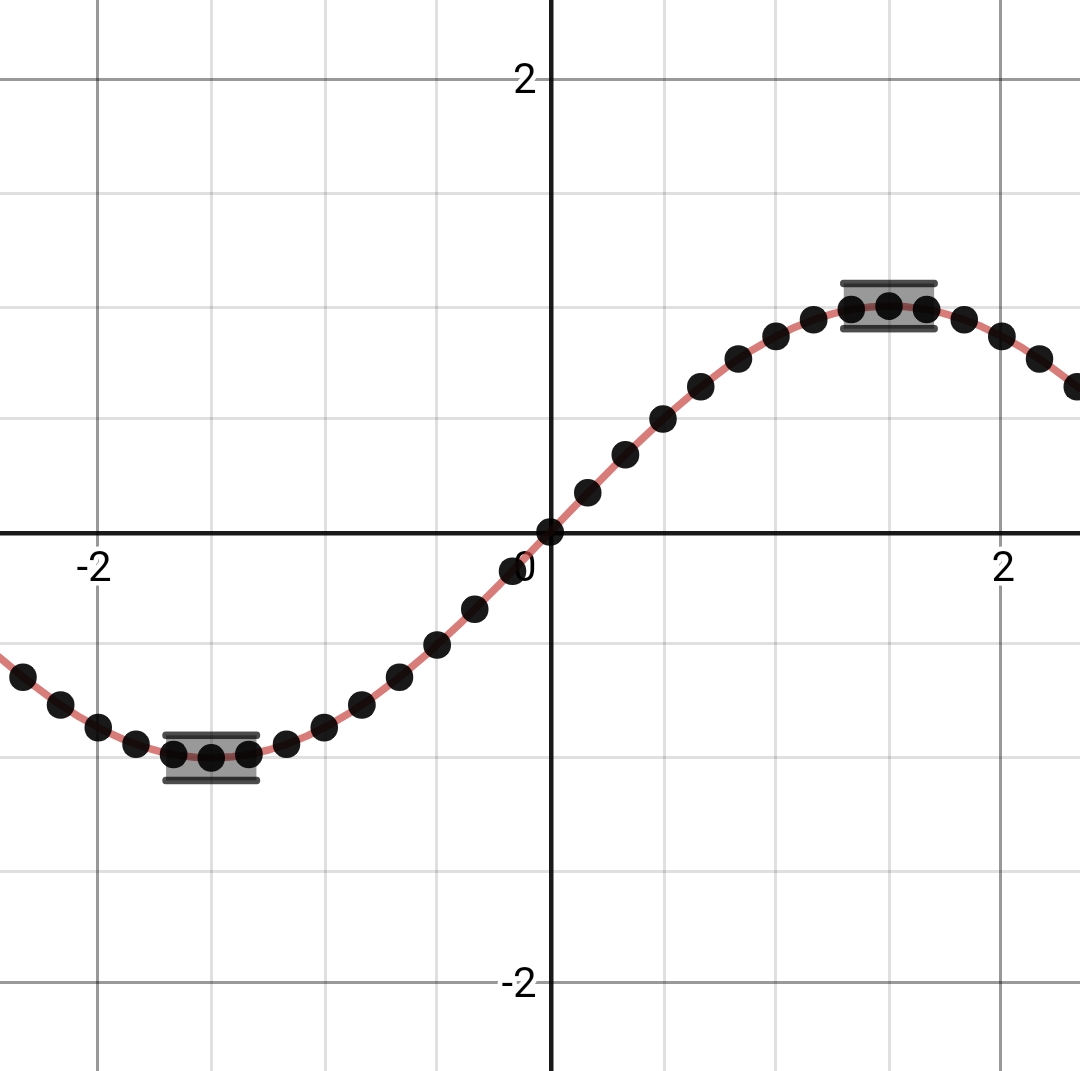 I have marked points on the curve with a fixed time interval between them. Each of these dots represent a snapshot of the oscillator. We can see from the figure that at the turning points: $ x = x_0$ and $x=-x_0$, points cluster together, giving a greater chance of seeing the particle there.

This can be mathematically shown using density of states, but I feel for multiple choice questions, intuition is what is necessary.

At the ends, the oscillator slows down. So the probability of finding it at ends is high.

Why the work done in a conservative field around a closed circle does not vanish when calculated in cylindrical coordinates? A question about thermal conductivity and heat transfer What causes the bucket to launch in the air? How does rubbing soap on wet skin produce foam, and does it really enhance cleaning? Are all atoms spherically symmetric? If so, why are atoms with half-filled/filled sub-shells often quoted as 'especially' spherically symmetric? Centrifugal Force Dilemma Why do wet plates stick together with a relatively high force? Varying the action with respect to the metric in one dimension Why do we not observe a greater Casimir force than we do? Is the heat from a flame mainly radiation or convection? Why does resonance occur at only standing wave frequencies in a fixed string? How much of gravity is caused by time dilation?
Pandas how to find column contains a certain value Recommended way to install multiple Python versions on Ubuntu 20.04 Build super fast web scraper with Python x100 than BeautifulSoup How to convert a SQL query result to a Pandas DataFrame in Python How to write a Pandas DataFrame to a .csv file in Python