What actually is white light?

There is some confusion of terms in the question. 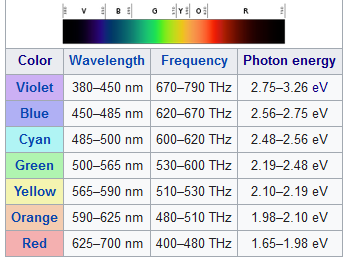 But our eyes can see the same named colors with a combination of light frequencies, called color perception: 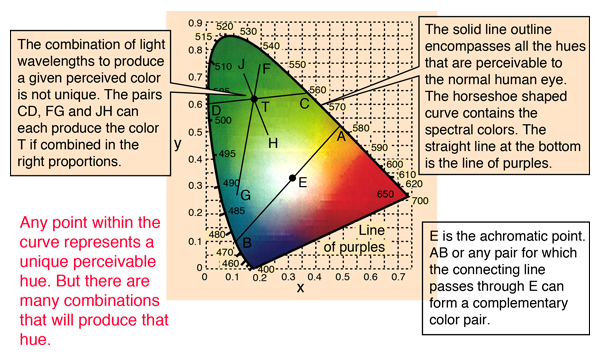 The color perceived at point T , comes from a combination of frequencies, and many different pairs give the same perceived color. White in this plot is around the achromatic point. Please read the link for details.

In summary, white is not a color in the visible light spectrum, many frequencies could make up the perception of white color, which means that photons of a large variation in energies make up the white color.

Is it a bag of infinite photons of different wavelengths

The figure shows how the frequencies combine to give the perception of white. One needs many photons for our eyes to be able to perceive them, but even a few hundreds can give a signal to the brain, this link might interest you.

or is it a single photon.

A single photon cannot give the perception of white.

Edit: Since comments might disappear if there are too many, I copy here a significant comment by @PhysicsTeacher:

but it should be noted that when speaking generally of "white light" one often means light that contains all the spectrum to a significant degree, rather than just a combination of a few frequencies. This is because the context is often that of illumination, and illumination with a weird and tiny frequency combination will result in distorted, "artificial" colors ratther than the "real" colors (i.e. the colors seen in daylight). –

HOWEVER, that answer does not address the question that the OP seems really to be asking: "Can a photon be 'white', or must it be only a single wavelength?"

In fact, the wave function of any photon has a finite spectral width. A suitably constructed light source can produce photons having very large spectral width, spanning the entire visible spectrum. If the wavelength of any one such photon is measured, of course only one wavelength will be obtained; but repeated measurements will obtain wavelengths that span the full spectrum of the source. Absorption of a photon by an atom or molecule is equivalent to a measurement of the photon.

It is very important to understand that white is not a spectral color, but a perceived color. Why?

White is not a spectral color. It's a perceived color. The human eye has three kinds of color receptors, commonly called red, green, and blue. There's no point on the spectrum that you could label as "white". White is a mixture of colors such that our eyes and brain can't distinguish which of red, green, or blue is the winner.

How much red, blue, and green does white light have?

These receptors have a sensitivity range, that peaks at those wavelengths, but they are sensitive almost through the entire visible spectrum. 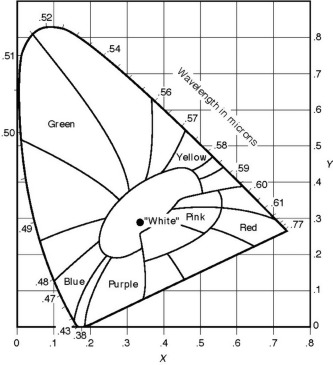 Yes, a photon by itself can be in a quantum superposition of different frequencies, which one might call "white". No, such a photon probably can't be produced by a simple natural process. No, such a photon would not look white, because the superposition collapses upon measurement, giving only one frequency. (Only one of your cone cells could possibly fire in response, assuming that any even fire at all.) However, a collection of many such photons would collectively look white.

Does a single white photon exist?

Free Body Diagram for a Body on a Smooth Inclined Plane Does the Pauli exclusion principle apply to one fermion and one antifermion? If the energy of the photon is conserved along a geodesic why is it redshifted How can there be current without charge? PN junction: not sure to understand why reverse-biais lead to negligible current What does it mean when we say, "Gravity is a source of gravity"? Why are there no composite particles with fractional charges? Moment of inertia of 1/4 of a sphere Where was matter before the big bang? In the equation for the magnetic field caused by a single moving point charge, is the degree of $|r|$ in the denominator 2 or 3? Why is helicity a good quantum number while spin isn't? Can the equivalence principle be safely used in non-relativistic mechanics?
Pandas how to find column contains a certain value Recommended way to install multiple Python versions on Ubuntu 20.04 Build super fast web scraper with Python x100 than BeautifulSoup How to convert a SQL query result to a Pandas DataFrame in Python How to write a Pandas DataFrame to a .csv file in Python