Chemistry - Storing hydrofluoric acid before the invention of plastics

In the original 1771 experiment, Scheele used a very simple setup consisting of a glass retort with a glass receiver (round-bottom flask).

Yes, the glass was etched to some degree by the fumes, but it was not drastic enough to destroy the apparatus.

The second paragraph of the paper deals with the action of acids on ﬂuorite, and this is where the important discovery is made. Scheele mixed powdered ﬂuorite with sulphuric acid (oil of vitriol) and heated it in a retort (Fig. 3.3) whereupon corrosive fumes were emitted. He repeated the experiment with some water in the receiver. He found that a white crust was formed on the water surface, and that the water contained a dissolved acid. The inner surface of the retort was etched by the fumes. Scheele identiﬁed the white crust as silicon dioxide (siliceous earth) and the residue in the retort as calcium sulphate (selenite or gypsum). This lead Scheele to the conclusion that “Fluor [ﬂuorite], therefore, consists principally of calcareous earth [calcium oxide], saturated with a peculiar acid; the nature of which we shall investigate hereafter”. 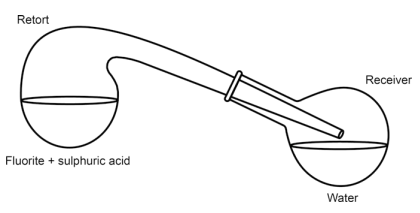 Fig. 3.3 Schematic view of the apparatus Scheele used for preparing “acid of ﬂuorspar”

In response to critics, to prove that the glassware itself was the source of the white silicon dioxide powder, Scheele improved the setup, protecting the inner walls with tin and wax.

Scheele powdered ﬂuorite in a brass mortar, mixed the powder with sulphuric acid (oil of vitriol) and transferred it to a retort lined with tin. The receiver was lined with wax, and partly ﬁlled with water. This time Scheele obtained a distillate free from precipitated silicon dioxide (siliceous earth), and addition of potassium hydroxide gave no precipitate (i.e. no $\ce{K2SiF6}$). Thus, this was pure hydroﬂuoric acid, $\ce{ HF_{(aq)} }$; similar results had been reported by Scheele’s friend, J.C.F. Meyer in Stettin.

Based on research inspired by andselisk's answer, chemists stored it in glass vessels coated in wax (similar to the receiver setup Scheele used to prove the silicon dioxide precipitate was from the glassware itself.

The fourth paragraph down in this blog post on The Chronicle Flask touches on it (emphasis mine):

Where do you put something that eats through its container? Well, these days it’s stored in special plastic bottles, but in the 17th century when it was first discovered chemists had to use glass bottles coated inside with wax, and hope the coating was a good one.