I doubt there is a problem about the word "SCHUKO".

SCHUKO is a German abbreviation for SCHUtzKOntakt (protection contact), which means this type of outlet / connector: 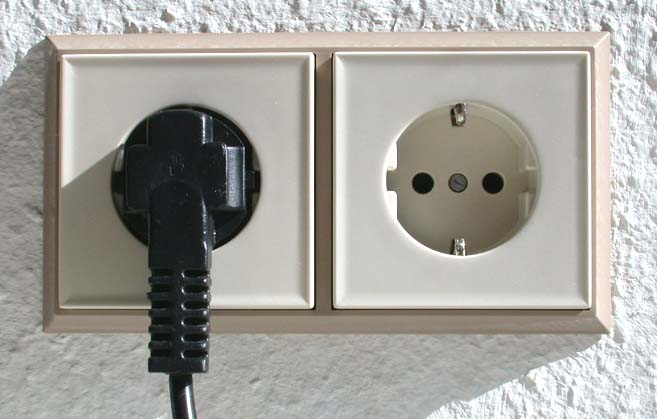 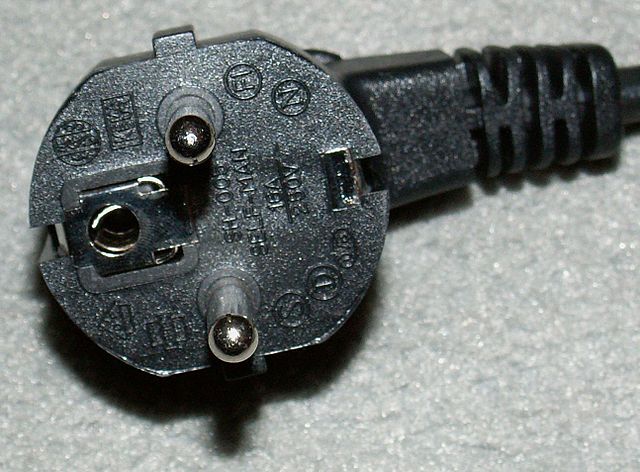 The metal contacts at top and bottom of the outlet are the "Schutzkontakte", i.e. earth.

Because the plug is symmetrical, there is no way to know which line is hot and which is neutral for a device. Only earth is always the same. There is also no rule for the outlets, if the right or left hole should contain live or neutral. So, how should there be a rule which pin of the connector is what?
(That's the answer to the question.)

However, e.g. French outlets are a bit different. They don't have that earth contacts, but a pin in the outlet, instead. The plug in the picture is compatible with both, the German SchuKo system as well as the French system. Though you could in principle distinguish between neutral and live in France, the device does not know if it's in Germany or France. So, usually all devices should be designed to expect live on both lines. (I also doubt that any device worldwide connects it's outer case to what it thinks is neutral)

And most devices don't switch both lines. This indeed means that the entire electronics is on ground or live potential, when switched off. But I don't see a problem there. The is only one point that could be dangerous:

In... ancient installations, you may only find two wires going to an outlet. Directly at the outlet, earth is connected to neutral. If then, the neutral wire is broken by error or switched by a wall switch or similar , the outer case would be on live potential...

For that reason, only the live wire is allowed to be switched by wall switches, and earth goes down to the house connection box, where it is connected to neutral and ground.

As answer to the comments:

It is true that the plug shown in my picture is a hybrid of a German SchuKo plug (earthed via contacts) and a type E plug (earth pin in outlet) and so fits both, German and French outlets. For the German outlets, it's symmetrical, and you don't know which pin will be connected to live.

For the French outlets, it is protected against reverse polarity, and the French standard says: Looking into an outlet with the earth pin in the upper position, left is neutral and right is live.

However, Poland uses the type E connector to, but to my knowledge, has no rules regarding polarity.

So, if you want, follow the French standard, but the device should always expect live on either wire. (And the question mentioned the German SchuKo connector.)

Also, a circuit breaker should always switch the live, never the neutral line. And a simple switch like this: 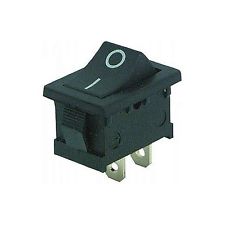 inside a device just switches one wire.
There is a similar switch with a more square-shaped lever, which may switch both wires. But if it is an illuminated version, it usually switches one wire, only. Yes, electronics may be on live potential, but if earth is correctly wired to the plug, this does not matter.

Normally the live and neutral are interchangeable due to the AC nature of the voltage. However. If you are using some badly designed equipment in which for example breakers are only present on the live wire (rectifiers can also be made asymmetric), it might matter. Depending on where you live the neutral may be connected to Earth, which means that the live wire is always hundred(s) of volts above your potential. So if the breaker breaks the neutral thinking it's a live wire, the hundred(s) of volts are still there. It really matters when said breaker is a residual current device, and I doubt very much that it would be sold with such design, but since CE marking is no proof that the system is safe (the process relies too much on the manufacturer's knowledge and honesty) one cannot be too cautious.

It's just something to keep in mind when using dodgy equipment (or if you designed such dodgy equipment...) even if it is virtually improbable. Otherwise, what happens? If equipment A has live and neutral wired one way and equipment B has them wired the other way, A and B will be fed the same sine wave with the same amplitude and the same frequency with the same current capability, but these sines will be 180° out of phase. Utterly irrelevant unless it is unacceptable for your application (I can't think of any example).

There is no rule for the power terminal wiring because the socket is symmetrical and the plug can be inserted either way round. Thus there's no usefule way to distinguish the contacts, they are interchangeable.

The other safety concerns cannot be mitigated by choice of plug wiring, other methods must be used.

Software based Caller ID project- Problem with getting caller ID signal How to Use an External ST-Link/V2 with the STM32F4 Discovery Board Why are op amps used so frequently in analog electronics? Why not use monochrome LCDs instead of E-ink? Multiple charge controllers on the same solar panel is sound produced by varying current or voltage? Why does temperature modify the characteristics of a diode? How many i2c slaves can a i2c master support? When/where to open and close a transformers output Can a transformer work if the core is not circular? Does electrical current flow from positive to negative or negative to positive? LTSpice's ltline (lossy transmission line) symbol slowing down the simulation process. What can I do?
Pandas how to find column contains a certain value Recommended way to install multiple Python versions on Ubuntu 20.04 Build super fast web scraper with Python x100 than BeautifulSoup How to convert a SQL query result to a Pandas DataFrame in Python How to write a Pandas DataFrame to a .csv file in Python