I think there's nothing to discussed about this further as all comments directing to the correct answer: $x = 4, \ y = 6,$ and $ z = 5.$ I think it's better show in the structures: 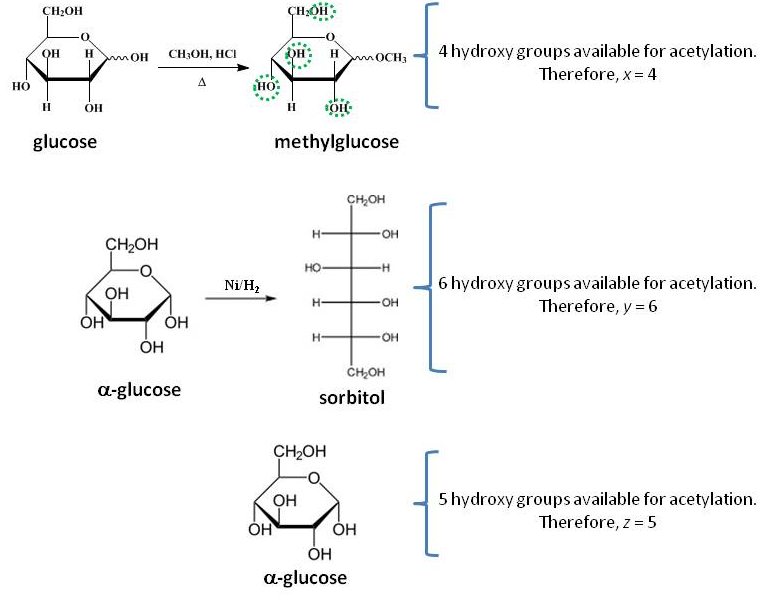 Starting from any cyclic form of glucose, there are two key ways to form the acetal in sequence (i). Taking glucopyranose as a starting point, here is a reaction scheme: 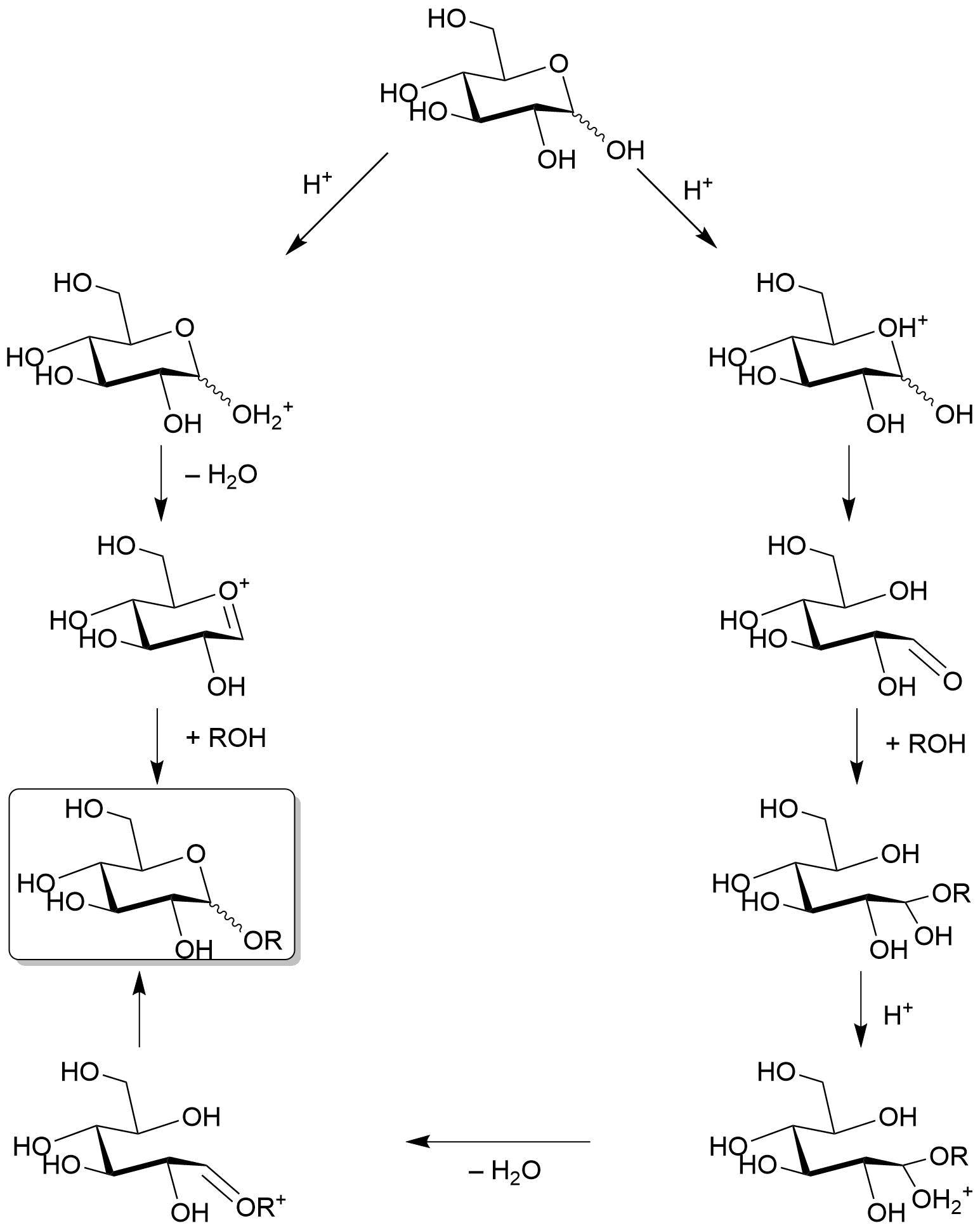 Initially, you could argue that you can protonate either the free hydroxy group (left-hand path) or the cyclic oxygen (right-hand path). The two paths give you either of the two aldehydes in the third row. The left-hand path is immediately complete once an alcohol molecule attacks and gives the O,O-acetal in the box. The right-hand path must continue (proton eliminations were forgotten in this row). A second protonation and elimination of water leads to the structure at the bottom left corner. Why did I write it in that way? Well, no matter how you do it, the hydroxy group on either C4 (not shown) or C5 are ready to attack the double bond and form another cyclic acetal. This is an intramolecular reaction and thus much faster than any intermolecular attack with a second alcohol molecule – even if you conduct the reaction using the alcohol as a solvent. Arguably, you will have a hard time going down the right-hand path at all, since the first two steps are highly reversible: the hydroxy group is, after all, still poised to re-attack the newly-formed carbonyl.

The take-home message is that it is very hard to access linear acetals from glucose. Under the standard reaction conditions, a cyclic acetal is the main product by far. Thus, only 4 hydroxy groups are available for acetylation.

Chemistry - How is nomenclature decided in this case (formyl vs oxy)? Chemistry - Possible structure if a compound like AB4 is polar? Chemistry - Can carbon dioxide be reduced to carbon monoxide and oxygen to produce energy? Chemistry - How explosive is benzene compared to TNT? Chemistry - Does the temperature during ice melting change? Chemistry - Are food calorie values really integers? Chemistry - Can non-deuterated solvents be used for 13C-NMR (and in fact other nuclei)? Chemistry - Are there methods for iron content determination in spinach that do not require thiocyanate? Chemistry - Why is borole not considered aromatic Chemistry - On the spin-adaptation of 2nd order Møller-Plesset perturbation theory Chemistry - Why Does Activation Energy not change with Temperature change Chemistry - Oxidation of hydroxyl groups of glucose
Pandas how to find column contains a certain value Recommended way to install multiple Python versions on Ubuntu 20.04 Build super fast web scraper with Python x100 than BeautifulSoup How to convert a SQL query result to a Pandas DataFrame in Python How to write a Pandas DataFrame to a .csv file in Python