This is an easy experiment to do at home, so I did it about an hour ago. The first figure shows the starting chemicals and "equipment": 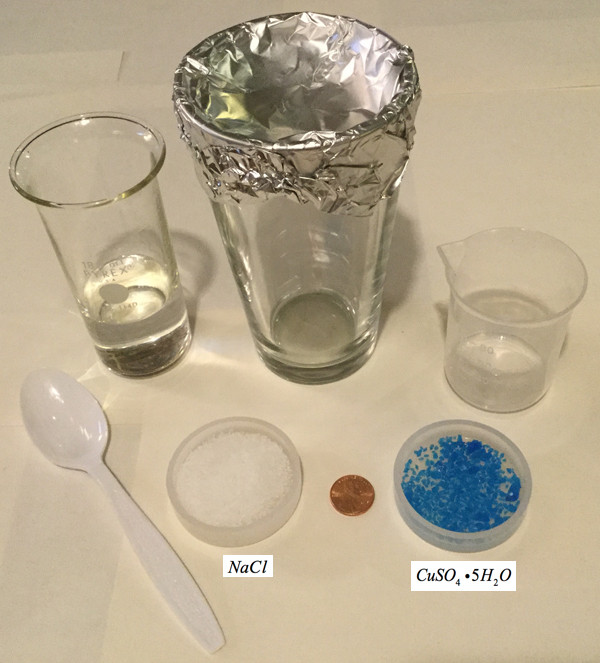 I did not have any copper chloride, so I used copper sulfate pentahydrate, $\ce{ CuSO4.5H2O}$, and $\ce{NaCl}$. (The sodium and sulfate ions are just spectator ions here.)

I added the two chemicals to the $\pu{25 mL}$ of water in the little beaker, stirred until they were fully dissolved, then poured the solution onto the aluminum foil. The second figure shows what happens about every 2 minutes: 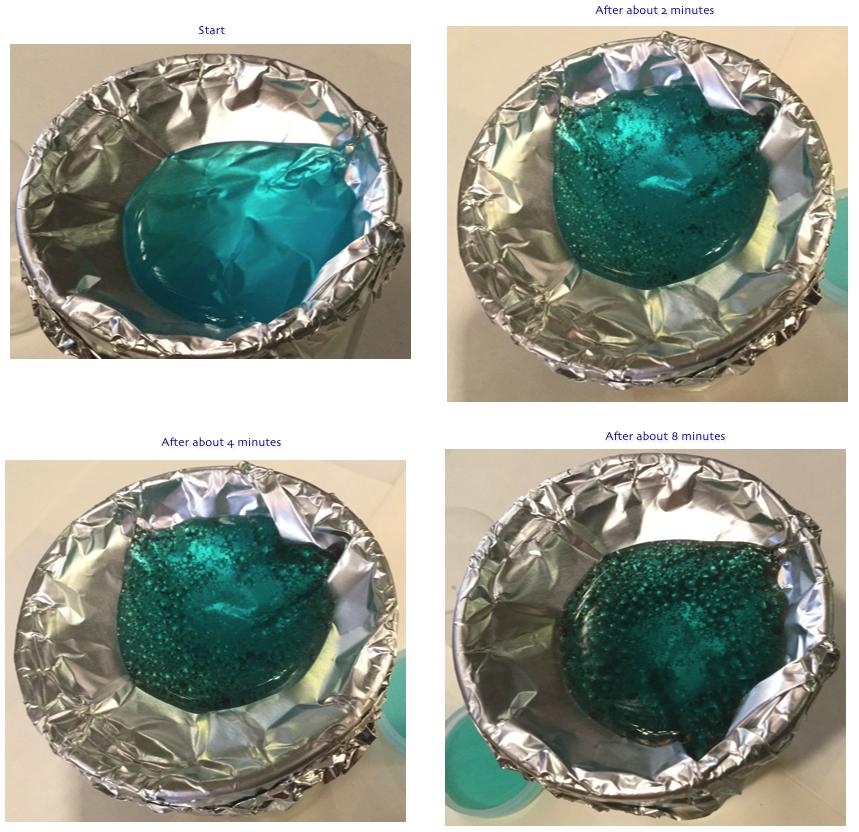 The third figure shows what happens around the 10 minute mark: the solution has eaten through the aluminum and the brown copper is evident: 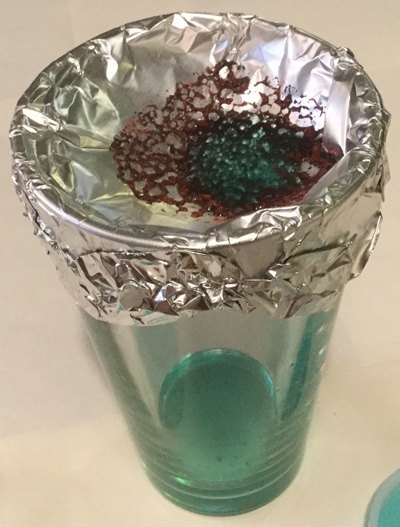 Finally, Fig. 4 shows the result after the solution has leaked away: 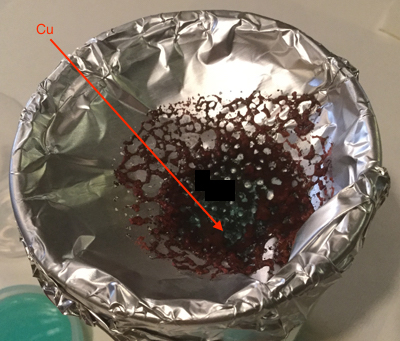 So, the redox reaction works as expected and as shown in various videos on the web. Note that copper sulfate pentahydrate crystals are blue, as are aqueous solution of it. The copper chloro complex ion, $\ce{CuCl4^2-}$, is green.

EDIT: Per the comment from @AJKOER, I ran the experiment again, with powdered iron (Fisher, 100 mesh, electrolytic) and copper sulfate solution. The next figure shows the starting materials. I put a strong magnet under the little beaker to prevent iron, which was deliberately in excess, from going over in the decantation that would follow. 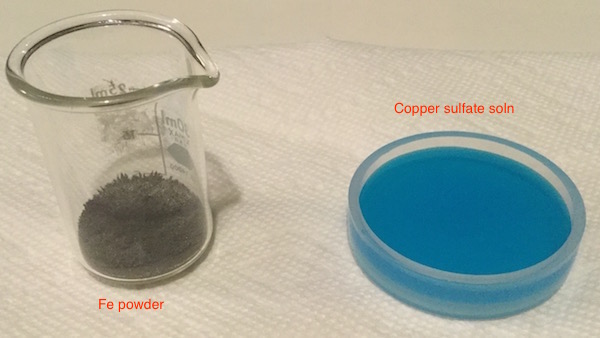 Pouring the copper sulfate solution into the beaker resulted in a vigorous reaction and quite a bit of heat. I stirred the reaction mixture and let it go to completion. The magnet still stuck strongly to the bottom of the beaker, indicating that there was still substantial powdered iron remaining.

The mixture was decanted to another beaker, with some mostly useless filtering (no good filter paper at hand), and allowed to settle for about an hour. The copper particles produced in the reaction are very small and settle out very slowly. Some of the supernatant solution was transferred to a sample cell, illuminated from the left via an LED flashlight and photographed. This is shown in the next figure: 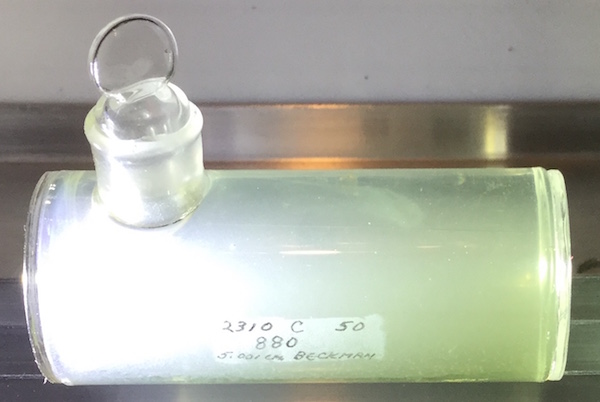 Despite the light scattering, the green color of the ferrous sulfate solution is evident. The photo will be updated after more particulate has settled out.

Chemistry - Is there a way to create natural Red food coloring from Turmeric in the house kitchen? Chemistry - Am I understanding buffering capacity against strong acid/base correctly? Chemistry - Are there other carbon free gasses that can be used for energy transport, apart from hydrogen? Chemistry - Do isotopic groups cause optical activity? Chemistry - Why isn't ΔH = TΔS in ΔG = ΔH - TΔS? Chemistry - Where do the percents in empirical formula questions come from? Chemistry - What is the difference between quantities reported as optical rotation and circular birefringence? Chemistry - Kinetic Energy Evaluation Integral Evaluation Program Ostlund Chemistry - What does it mean to 'fuse' ores and why do we use alkali metals in the process? Chemistry - How does the rate constant change with the change of the temperature? Chemistry - Why does N(OH)3 not exist? Chemistry - General justification for steady state approximation
Pandas how to find column contains a certain value Recommended way to install multiple Python versions on Ubuntu 20.04 Build super fast web scraper with Python x100 than BeautifulSoup How to convert a SQL query result to a Pandas DataFrame in Python How to write a Pandas DataFrame to a .csv file in Python