(Timescales for the intermediate state are much shorter than microseconds.)

It doesn't happen very often because the proton and antiproton can annihilate through the strong interaction, so reactions like the second are scarce compared to annihilation to pions. Also because at high energies the proton should be thought of as 3 quarks, and a reaction like the first involves all six of them co-operating, so is scarce compared to processes where only one quark pair annihilates and the other 4 are merely 'spectators'.

You are describing a resonance in the scattering of protons on antiprotons. This is the measurement of the total crossection as found in the particle data group 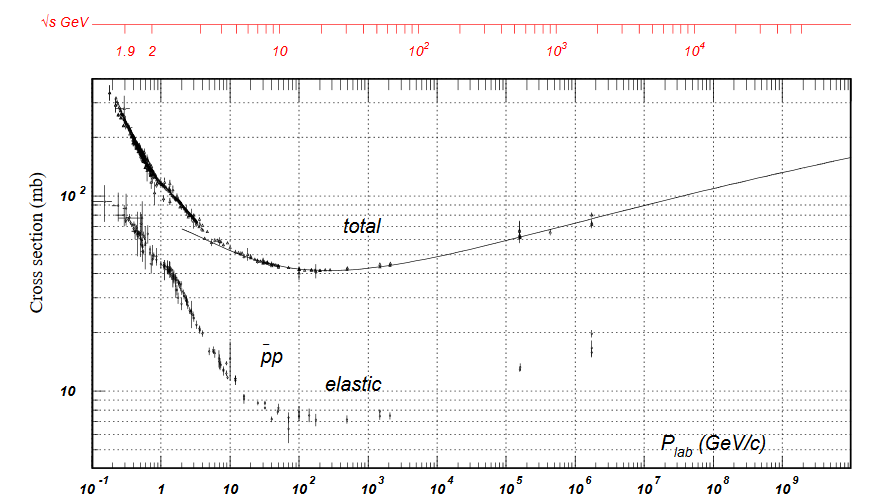 No resonances are seen, so the answer is that no, there is no such resonance in the region of energy explored up to now, to go into the probability of its having an $e^+ e^-$ decay.

In contrast electron positron scattering has a large number of resonances. 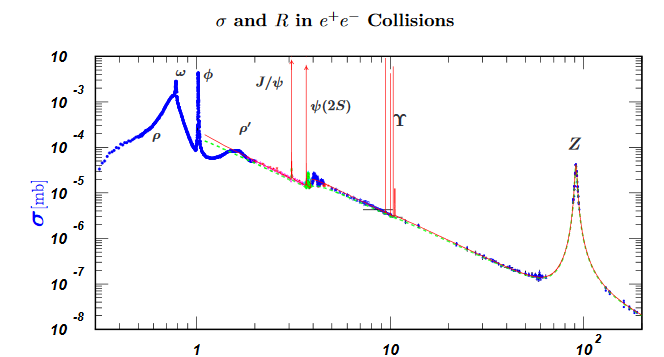 which will have a decay channel into electron positron pairs.

This difference is not surprising, because protons and antiprotons are composite particles and their scattering products have to follow conservation of quantum numbers of their components, which happens by pairing quarks with antiquarks, at least three pairs. One pair could be a resonance from the $e^+e^-$ plot , decaying to electron positron, but there will be other products of the scattering.

As an example let us take the Z boson which has a decay into three pairs of quarks, in principle, such pairs could form in the complicated phase space of the proton and antiproton, but they would have to be within the mass of the Z , in order to have a probability to decay only into an $e^+ e^-$ pair. The measured cross section reflects how improbable this is.

I would like to add to the already excellent answers of Anna_v and RogerJBarlow, that usually one does not get a pure $e^+e^-$ end-state, instead amongst a lot of hadronic particles (typically mesons) one might also find an $e^+e^-$ pair. This is because from each in-going proton/anti-proton one quark/anti-quark might create (mostly via an intermediate state) the $e^+e^-$ pair, whereas the 2x2 other quarks/anti-quarks are spectator particles which will in the end hadronize, i.e. create jets of particles that contain the spectator quarks and if enough energy is available contain further quarks generated by the hadronization.

So at the end one might observe a $e^+e^-$ pair amongst a swarm of many hadrons, it is then up to the experimentator to detect the $e^+e^-$ pair unambigously amongst outgoing hadrons.

How do we know chaotic systems are actually chaotic and not periodic? Does spin really have no classical analogue? Will slinky length be different on the moon? How accurate are the wormhole visualizations in Interstellar? Why is gravity considered a negative vector in a pendulum question? If voltage is same in two points why does electron move? Where does the force of air pushing on something come from? Is the temperature of the universe rising? Massless Kerr black hole Are there theories about the end of the universe where time ends? What does it mean to treat space and time on equal footing? Why doesn't a mercury thermometer follow the rules of volume dilatation?
Pandas how to find column contains a certain value Recommended way to install multiple Python versions on Ubuntu 20.04 Build super fast web scraper with Python x100 than BeautifulSoup How to convert a SQL query result to a Pandas DataFrame in Python How to write a Pandas DataFrame to a .csv file in Python