Glossary of Class Names of Organic Compounds and Reactivity Intermediates Based on Structure (IUPAC Recommendations 1995) uses $\ce{L}$ [3, p. 1349]. For example, see this entry:

$\mathrm{Lig}$ and other notations are not mentioned in the above sources as suitable ligand notations.

Going off Linear Christmas's comment, I will note that the notation from the referenced article has become relatively common for inorganic chemists. I was introduced to this notation in Chapter 2 of The Organometallic Chemistry of the Transition Metals by Robert Crabtree, most of which is provided in the linked Google Book. You may also want to look at Application of the Covalent Bond Classification Method for the Teaching of Inorganic Chemistry (DOI 10.1021/ed400504f)
by M.L.H Green et al, who developed the Covalent Bond Classification scheme.

The notation largely boils down to describing metal complexes using three classes of ligands: $\ce{L}$ type ligands, which are neutral ligands that give $2\ce{e^-}$ to the complex (Lewis Base) and $\ce{X}$ type ligands which are radicals that contribute $1\ce{e^-}$ to a neutral metal (or alternatively are negative ligands interacting with a cationic metal). There are also $\ce{Z}$ type ligands, which aren't named as such in Crabtree, but are mentioned in regards to being $0\ce{e^-}$ ligands. An example used in Crabtree and also Green's paper is $\ce{BF3}$, which like the other $\ce{Z}$ types is identified as a Lewis acid.

To more directly reference how Green's paper describes this notation, I include the passage below:

Adopting the view that the bonding in many covalent molecules can be represented in terms of 2-center-2-electron bonding interactions, there are three possible scenarios that describe the construction of these bonds in a molecular orbital sense, as illustrated in Figure 4. Thus, with respect to the central element of interest (M), the neutral ligand can contribute either two (L), one (X), or zero (Z) electrons to the bonding orbitals. The classification of ligands as L-, X-, or Z-type, as featured in a variety of textbooks,4 is now well established, and some simple examples of these ligands are provided in Table 1.

Some examples of classifications you can make are given in the table below or in the linked preview: 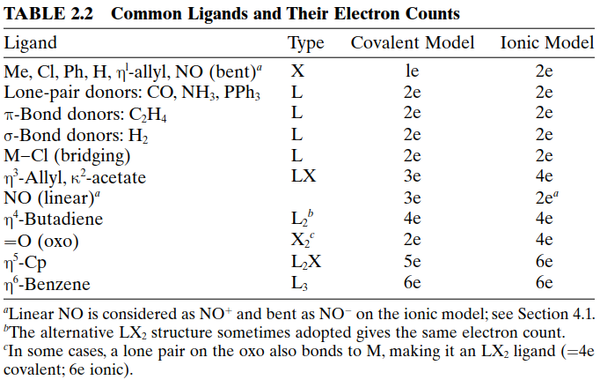 We can note some of the more complicated ligands we can simplify with this notation. $\eta^5$ cyclopentadienyl can be thought of as a $\ce{L_2X}$ type ligand based on the number of electrons contributed and it's charge. Again from Green:

Although many ligands coordinate to a metal center by a single covalent bond, a variety of multidentate ligands coordinate via more than one covalent bond. Such ligands are classified as $\ce{[L_lX_xZ_z]}$, where $l, x,$ and $z$ are the respective number of $\ce{L, X,}$ and $\ce{Z}$ functionalities that are associated with the frontier orbitals of the ligand in the geometry that corresponds to its binding mode.

This notation provides an easy means of electron counting, which is useful for determing whether a compound follows the 18 electron rule (a useful heuristic for determine the stability of metal complexes).

In regards to your main question, as far as I can gather from this, the reason $\ce{L}$ has become widely used as a generic ligand (or in this case, a generic $2\ce{e^-}$ donating ligand) is that, at least within the realm of inorganic chemistry, it is short and unambiguous when used to write a formula.

In addition, along with your answer that the ACS uses $\ce{L}$ for ligand, Green mentions that a number of textbooks have adopted the convention since their original paper in 1995, which means that the current generation of teachers and students is thinking of the material with this notation. So in addition to researchers that simply liked the scheme and chose to use it in their writing, students who learned this scheme from the beginning are starting to publish and make use of it because its what they know.

Some reasons why I expect there isn't a lot of confusion with leucine are: