Aldehydes are easier to oxidize via radical mechanisms because of the ease with which one can break the C-H bond. The resulting radical is stabilized via delocalization of an oxygen lone pair.

The alcohol shows a similar moiety, but I think the stabilization in the aldehyde is greater because of the shorter C-O bond, which improves orbital overlap.

In a laboratory setting, alcohols tend to be more stable to air, whereas aldehydes can be prone to air oxidation.

OP's statement of "In all oxidation reactions of glucose, it seems that the aldehyde group alone gets oxidised and none of the hydroxyl groups" is not entirely true. For example, the step by oxidative cleavage with periodic acid ($\ce{HIO4}$) has been successfully applied in the constitutional analysis of sugars. The presence of several pairs of vicinal diols such as those in glucose during oxidation with $\ce{HIO4}$ can lead to the formation of complex product mixtures:

This oxidation is believed to be step-wise. For example, glucose (a hexose) contains a terminal aldehyde group ($\ce{C}$1) adjacent to a hydroxylated carbon. This setup tends to be oxidized to formic acid, $\ce{H-C(OH)2-CH(OH)R -> H-C(=O)OH + (O=)CHR }$, and an another aldose, which contains one less carbon atom than original sugar (here, it is the corresponding pentose). This formation can be explaned by a $\ce{C-C}$ cleavage followed by each $\ce{C-OH}$ oxidation to $\ce{C=O}$: 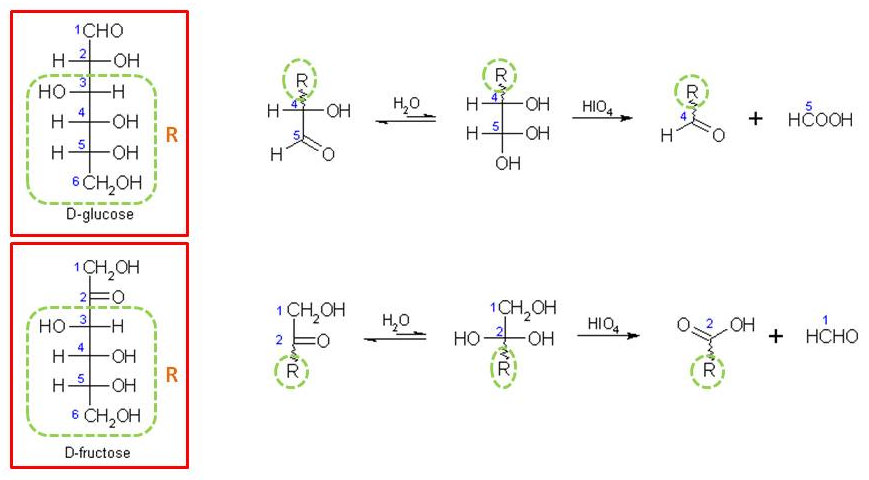 Now, this corresponding pentose also contains a terminal aldehyde group adjacent to a hydroxylated carbon. Thus process continues until $\ce{C}$6. The $\mathrm{R}$-group of $\ce{C}$6 is $\ce{H}$. Thus, final product is $\ce{R-CHO \ # \ H-CHO}$, which is formaldehyde. Additional description of this oxidation can be found in here.