Chemistry - Is it true that heavy water is not blue?

Based on your description, I may have found the article you originally saw, or at least one very similar.

Researchers from Dartmouth College published a paper$\mathrm{^1}$ in which they report, among other things, the results of viewing sunlit white paper through two 3 meter lengths of plexiglass; one filled with $\ce{H2O}$ and one with $\ce{D2O}$. Sure enough, because of the lower frequency of the maximum absorption of $\ce{D2O}$ in the red to near IR wavelengths, the blue color that is characteristic of $\ce{H2O}$ is far less pronounced in $\ce{D2O}$. This website is based on the published paper and additionally shows a photograph of the blue colored $\ce{H2O}$ on the left with the far less colored $\ce{D2O}$ on the right: 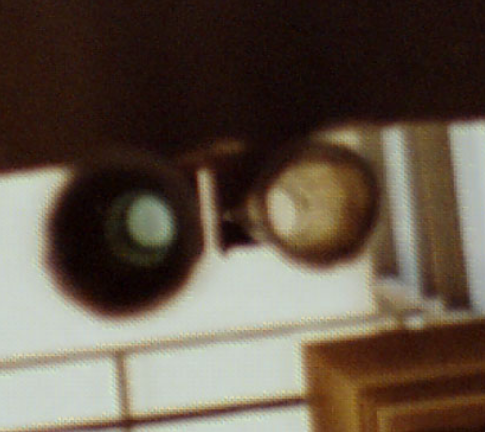 This does seem to be the case. I don't have images of the different types of water, but I did find this overlaid IR-visible spectrum of water and heavy water:

As you stated, the presence of deuterium shifts the absorbance spectrum of heavy water further into the IR region, rendering it colorless.

The website I found this on (http://www.webexhibits.org/causesofcolor/5B.html) goes into great detail on why water, and various other compounds, exhibit particular colors.

If you saw it during the 1990s online era, it might well have been reference links on my old website, from this article on physics misconceptions in grade school.

I'd been doing some textbook-consulting back then, and this page was my effort to stir up trouble/perform viral education/convert innocent children into critical thinkers. I was camping out on appropriate Newsgroups as well as many 1990s physics forums, and encountering controversy from those who refused to accept that water could have a blue color (since after all, no grade-school science text ever mentioned this.) And yes, the non-blue of D2O was a continuing topic of the time.

Besides JCE journal and the Dartmouth paper, another reference from the article is Water Absorption Spectrum, from LSB Univ., which takes an in-depth look at H2O vibrational absorption, and specifically points out the flat spectrum of D2O, and its coloration entirely due to Rayleigh scattering.

Unforunately nobody maintains heavy water in kiloliter, white-interior, open-top tanks. :) If you're going to set one up yourself, I recommend a white-painted stepped-depth setup, to display the color effect as with this example with H2O.

The problem with the answer given in both of the other two responses (so far) is that they claim that water has the unusual property of having transmitted red light filtered/absorbed so that the transmitted light is blue. I have zero problem with that. The authors of the J.Chem Ed. piece go on to talk about the looking at reflected light from a Colorado lake or the Caribbean. There, you have to be careful, reflected light is clearly not the same as transmitted light and the inclusion of those scenes is a distraction. The two tubes are clearly indicated to be left = water, right = air (due to the cost of D2O being above their budget). I also have zero problem with the assertion that the visible absorption spectra of heavy water is, essentially, flat (although I'd prefer a higher resolution spectra as well as a baseline which is level). (This statement ignores non-linear optical effects, which is quite reasonable.) However there's a clear difference between saying there's little absorbance and that the heavy water is colorless. Scattering will occur. Even in ultra-pure D2O, scattering will occur. see Rayleigh Scattering. It is inherent in the electrical nature of matter. So, blue wavelengths will be more scattered than the reds, regardless of other specific interactions. Heavy Water is colorless and the sky is not blue. If you're ok with that statement, then ok, we're done but perhaps you should take a look outside on a clear day, if you are lucky enough to live somewhere where we haven't fouled the air with pollution. Now, it takes miles of sky, I'm not sure how much liquid water it would take to have a noticeable scattering effect. Anyway, a reductive approach to the question of color should, sooner or later synthesize all of the various causes of color back into the (gesalt) whole. If X is a function of A,B,& C, then showing that one material's X is dominated by A while another material's X isn't doesn't say squat about what X is for the second material. You need to include all contributions. For what it's worth, being completely colorless would be a balancing act amongst all the factors (A, B, C, ..) and would be quite unusual. We usually just consider the color to be relevant to some expected optical path length, so color is typically context dependent. Reflected, transmitted, short path length, long, white light, colored light, etc., etc.