In Maxwell's demon, why are all the cold gas molecules on the same side?

Individual gas molecules are neither cold nor hot: They have kinetic energy.

Suppose, initially the gas on both sides has the temperature $T_0 = 273K$. In thermal equilibrium the velocity distribution of each side is given by the Maxwell-Bolzmann distribution 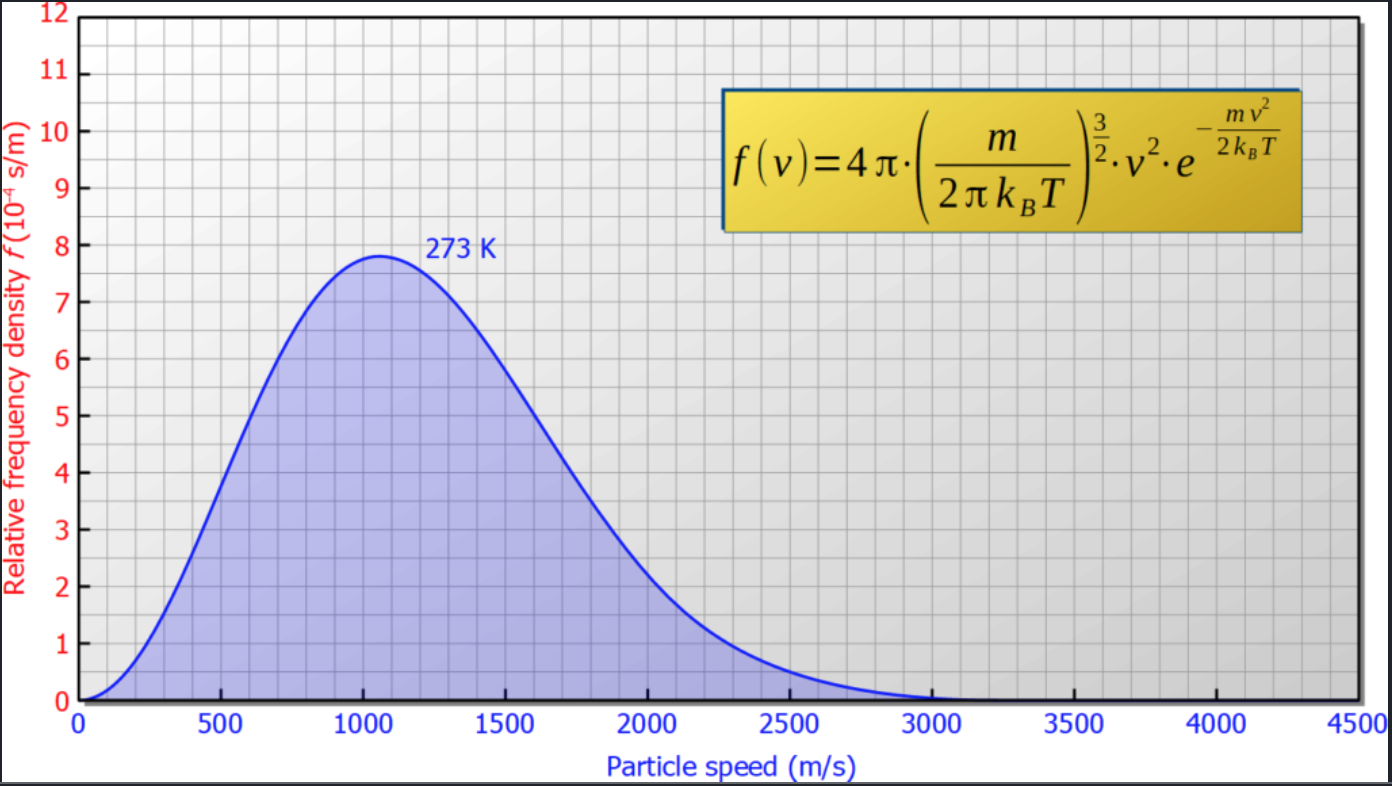 Now, suppose that only the particles with veclocity $v>2500m/s$ are allowed to pass from the left to the right chamber. Since the average velocity of these particles is higher than the overall average velocity $\bar v$, these particles carry energy from the left chamber into the right chamber. Thus, after rethermalisation the temperature on the left side has reduced, say to $T_1^{(left)}=270K$, while the temperature on the right side has increased, say to $T_1^{(right)}=276K$.

While this concept is forbidden in the context of Maxwell's devil, it is effectively at work in ultra-cold atoms labs around the world: Trapping atoms in either magnetic or an optical dipole potentials, and removing only the high energetic atoms of the trap, we reduce the temperature of the remaining atoms. Another example for this so called evaporation cooling is your coffee mug.

What does it mean for an operator to have both a continuous and discrete spectrum? Why no gravity lens around planets? Why does a collection of radioactive atoms show predictable behaviour while a single one is highly random? Why quarks are confined? Why can't they be found in unbound states? Why are the number of magnetic field lines finite in a particular area? The roundabout definition of electric charge Is a spontaneous decrease in entropy *impossible* or just extremely unlikely? My understanding of General Relativity Why is the Planck length considered fundamental, but not the Planck mass? Why do we care about indistinguishability? Length observed by a moving frame of reference Why is the ideal gas law only valid for hydrogen?
Pandas how to find column contains a certain value Recommended way to install multiple Python versions on Ubuntu 20.04 Build super fast web scraper with Python x100 than BeautifulSoup How to convert a SQL query result to a Pandas DataFrame in Python How to write a Pandas DataFrame to a .csv file in Python