Chemistry - If salt crystals make a cube shape, what is this 'X' marking?

When salt (NaCl) crystals are grown under normal conditions, the edges of the cubes usually grow faster than the faces (because the edges have more contact with the saturated salt solution than the faces). So the crystals grow with a square-pyramidal indentation on each face. The "X" you observe is your view of the edges of that inverted pyramid. On the other hand, if the crystals are grown really slowly under controlled conditions, this does not occur and you get a more or less perfect cube. 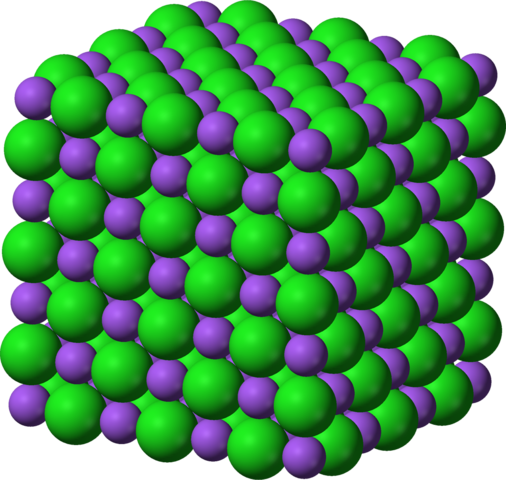 As you can see, atoms on the faces have 5 neighbors, atoms on the edges has four neighbors, and atoms on the vertices of the cube have 3 neighbors. This means, that a) edges and vertices pulls new atoms into crystal structure stronger and b) they 'collect' new atoms from larger volume, than faces. On the other hand, addition of atoms to an edge forms 'step' on the crystal surface

A position near the step has three potential neighbors, so faces grows mostly on steps, and at exceptional speed. Given that, the fastest growing faces usually have 'spiraling' step 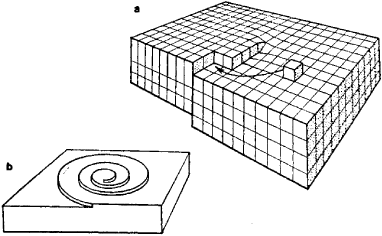 The effects of unequal growth are expressed most at significantly oversaturated solutions, otherwise 'steps' travels fast enough over crystal surface to make a surface nearly flat. On the other hand, in case of highly oversaturated solution crystals grow mostly near verticies, edges and surface defects like 'spiraling step', leading to formation of so-known 'dendrites'. The most known example is snowflake (though perfect symmetry of snowflakes is a mystery on its own), the most suited for demonstrations example is growth of ammonium chloride crystals during natural evaporation of concentrated solution. When the crystal in consideration grows on edges, it may form edges in the form of inverted pyramid, just like in your case. Growth of inverted pyramids is also wide known, and, may lead to quite bizarre forms . In your case. the 'X' is, indeed, an edge of inverted pyramid on the crystal surface.