How does friction create sound?

To understand the mechanism involved, you must know what causes friction and what happens when two rough bodies rub over each other.

When two bodies are in contact, the actual area of contact is lesser than their visible areas because the surfaces are not smooth and have irregularities (microscopic as well as macroscopic) on them (irregularities due to irregular arrangement of atoms) which we call asperities. 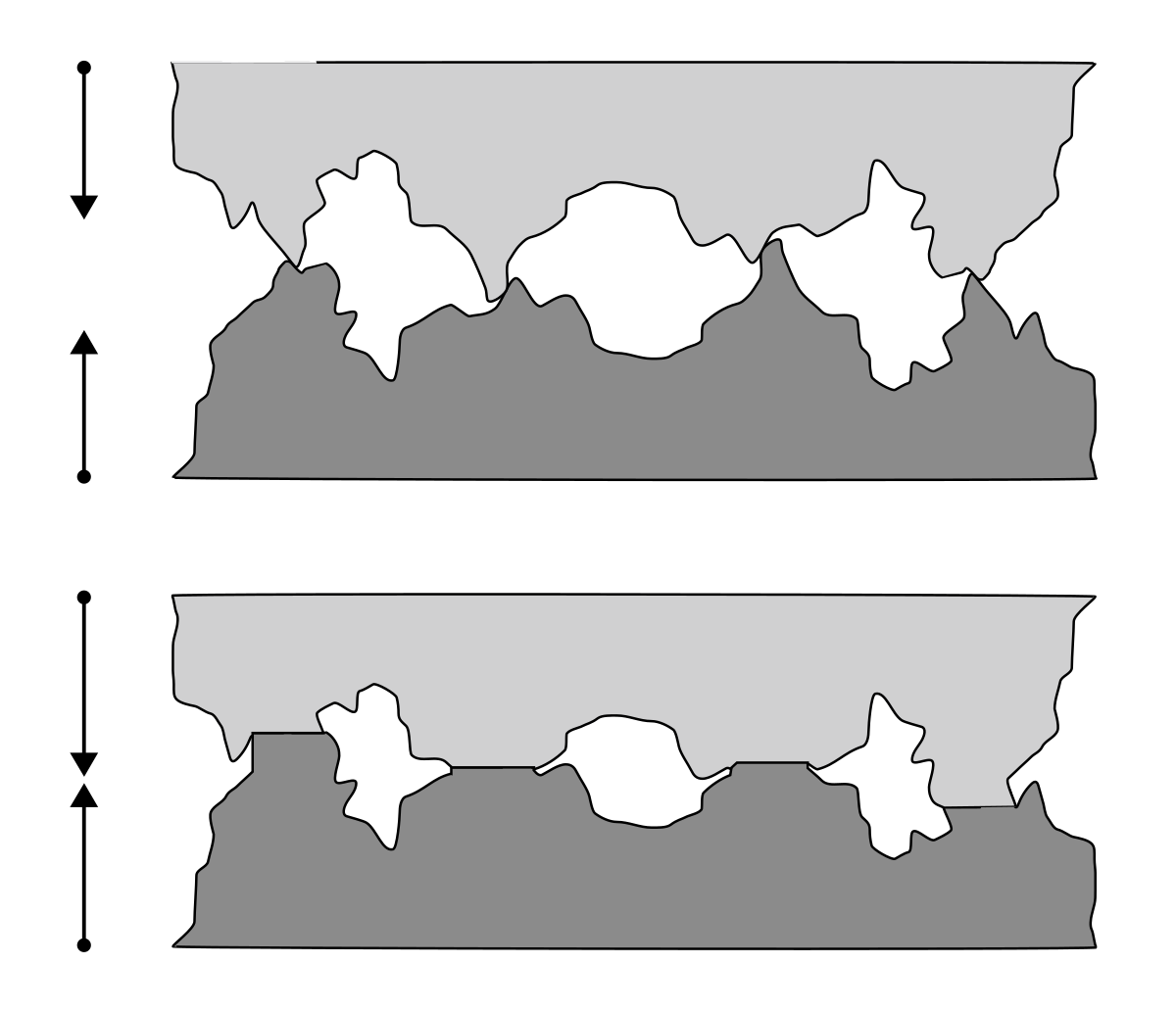 Friction occurs because of the bonding between the two asperities in contact. So , when you try to move an object over the other , the bonds break and new bonds form. Each time the bonds break, vibrational waves are generated (since all the atoms start vibrating) .

These vibrational waves are the ultimate source of the sound (you hear) as well the heat (you feel).

This is called a frictional force, and its origin, also, is a very complicated matter. Both surfaces of contact are irregular, on an atomic level. There are many points of contact where the atoms seem to cling together, and then, as the sliding body is pulled along, the atoms snap apart and vibration ensues; something like that has to happen. Formerly the mechanism of this friction was thought to be very simple, that the surfaces were merely full of irregularities and the friction originated in lifting the slider over the bumps; but this cannot be, for there is no loss of energy in that process, whereas power is in fact consumed. The mechanism of power loss is that as the slider snaps over the bumps, the bumps deform and then generate waves and atomic motions and, after a while, heat, in the two bodies.

The above quote is from Feynman lectures on friction force...

When you move one object past another, the objects can deform to allow the contact between the two objects to not move relative to each. However, this deformation creates a restoring force. So this acts like a spring.

In addition to Ankit's brilliant answer I would also like to add that the sound can be originated from non - microscopic irregularities and the breaking of relatively large chunks. It causes a larger sound and for the same reason as said by Ankit .

How do scientists know the min limit of temperature is -273 degree celsius? What does the dipole moment really represent? Conservation of angular momentum in rolling cones What is the relation between non-local order parameters and topological phases? What is the origin of the Sun light? How was the first atomic clock calibrated? Quantum String action Why is the ground state important in condensed matter physics? Superconductivity resistance Orbit with crash Is the nucleus smaller than the electron? Intuitive argument for symmetry of Lorentz boosts
Pandas how to find column contains a certain value Recommended way to install multiple Python versions on Ubuntu 20.04 Build super fast web scraper with Python x100 than BeautifulSoup How to convert a SQL query result to a Pandas DataFrame in Python How to write a Pandas DataFrame to a .csv file in Python