How do photons affect each other gravitationally?

One can quantize linearized spacetime perturbations in General Relativity and compute the effect of photons scattering elastically by exchanging virtual gravitons. This theory isn’t consistent at Planck-scale photon energies but is believed to be fine at the energies of photons we observe... even very high-energy gamma rays.

All the energy coming in has to come out. In the center-of-momentum frame the two photons each enter with energy $E$ and exit with energy $E$. Thus in this frame there is no change in their frequency (“color”).

Their direction does change (but the effect is tiny). There is a probability of scattering through different angles, and this is described as usual by a differential cross-section $d\sigma/d\Omega$ which depends on the scattering angle $\theta$.

The details of the calculation are in this 1967 paper: Gravitational Scattering of Light by Light.

As you can guess, $G$ is Newton’s gravitational constant and $c$ is the speed of light.

Try computing the area $G^2E^2/c^8$ for a visible photon (or a gamma-ray photon) to see how tiny and unmeasurable this scattering effect is!

Yes. It is possible to treat linearized gravity like a QFT, write the graviton propagator and study the scattering of two photon thought a graviton exchange. 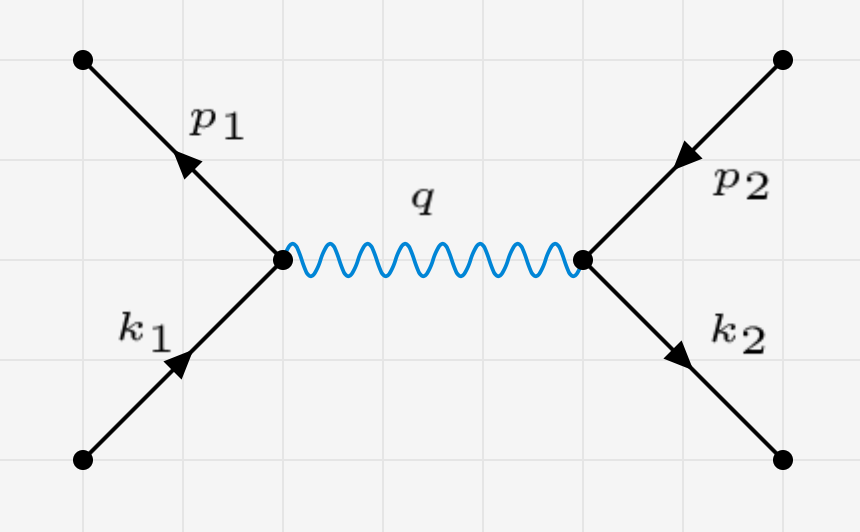 This means that two photons that are moving in the same direction do not interact gravitationally.

Further references can be found in the QFT book by Zee.

Photons have energy and momentum, which means they will have terms in the stress-energy-momentum tensor (as per the Einstein Field equations of general relativity). This means they will cause spacetime curvature. So as they travel and approach each other, the local surrounding space-time will be warped and each photon will follow the path of least curvature, or a geodesic. That is probably all that will happen. Their paths will be deflected or curved. Of course this effect will be extremely small. You will never observe photons deflecting each other's paths - as far as I am aware.

Also, please see the article linked above by G.Smith which studies the "photon-photon interaction through the creation and annihilation of a virtual graviton" which uses the hypothetical graviton to investigate this question further. Very interesting!

Estimating of the size of the Milky Way from the Sun's motion Charged Black Hole in 1+2 dimensions without cosmological constant Why can't an electric field line suddenly break? Will a plastic feel less heavy when I put it in a bucket of water and carry it? Renormalization and regularization operators for ultracold atoms Doubt on the need for Topological Manifolds Does doubling density (keeping average gas molecule speed the same), increase temperature recorded on a thermometer? Can X-ray diffraction be applied to liquids, gasses or non-crystalline materials? Why can't virtual images form on a screen? Why do electric field lines curve at the edges of a uniform electric field? The "real butterfly effect" Why can we see light further than it shines?
Pandas how to find column contains a certain value Recommended way to install multiple Python versions on Ubuntu 20.04 Build super fast web scraper with Python x100 than BeautifulSoup How to convert a SQL query result to a Pandas DataFrame in Python How to write a Pandas DataFrame to a .csv file in Python