How can a photon collide with an electron?

This is an answer by a particle physicist that has been working with data for forty years:

When detected, the photon has a point particle footprint (as does the electron) consistent with the axiomatic particle table of the standard model.

The leftmost frame shows the collision of a countable single photons on a screen (in a double-slit experiment).

The accumulation of photons (light emerges in a calculable manner from many photons), shows the wave nature's interference effects. It is the probability of landing on the (x,y) of the screen that displays a wave behavior. Not the individual photons.

Here is another measurement of a photon 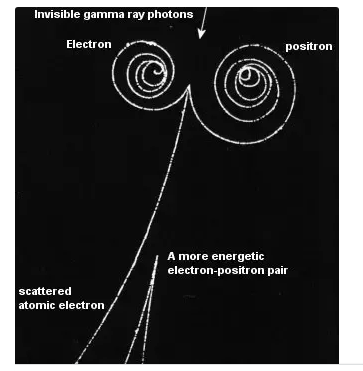 The original picture is here. That the single photon (gamma) electron interaction is at a point is evident.

Now let us see how what we call size for macroscopic particles in quantum mechanics appears. It is all dependent on probabilities of a particle being at an (x,y,z) to interact with another particle. Look what an electron around a hydrogen atom has as a probable location:

This is what defines the macroscopic charge distribution, and the probability of an incoming gamma ray to interact with the electron is a mathematical combination of this, and the coupling constants of the quantum mechanical interactions.

A free electron has a very small probability to be hit by a photon. That is why high density beams are used in high energy experiments. In general it will be the coupling constants which will give high probabilities the closer the two point particles are, and of course not to forget Heisenberg's uncertainty principle, which also will define a volume in space and momentum where interactions can happen.

The photoelectric effect involves electrons that are in orbitals and a large number of atoms and molecules, and the fact that it exists means that there is enough probability for an incoming photon to hit an electron in the orbitals distributions of the specific solid.

It depends what you mean by "size". Light spreads out like a ripple in water so once that ripple reaches some object floating in the water it will disturb the object. Does the ripple have some definable "size"? It's just an ever expanding circle whose source is the center of the expanding circular ripple (maybe caused by you dabbing your finger in the water for example).

And this package of energy, or photon, which is the energy of the wave must be great enough to excite the electron off its parent atom. If you want a further discussion of how exactly the photoelectric effect exhibits light's particle/wave duality I've answered it here: Photoelectric effect confusion

My answer on this question is solely meant to explain how light which is seemingly lacking a corpus (fancy word for "body") can impact something which does have a corpus (ie. a particle).

Both photons and electrons may be considered point-like particles, but the interaction/force that they feel has a range: the electromagnetic interaction has a pretty long range. Actually it is infinite in the absence of screening effects (ideal cases).

You could ask yourself, what does it even mean colliding? For example when you clap your hands, the atoms that form your skin do not collide or touch at all. It is just the "electric" repulsion that increases so much until you do not have the force in your muscles to overcome it.

Shouldn't resistance only affect the kinetic energy of an electron? Intuition behind Bernoulli's equation How does quantization arise in quantum mechanics? Why does a liquid not rotate with the container? Qubits of higher dimension Numerical calculation of a quantum field's observables What do the fixed points of a RG equation mean and what are its importance? Why is the answer different with energy conservation vs forces? Covariant vs contravariant vectors How does a floating object affect the hydrostatic pressure in the fluid? Why gauge transformations does not/cannot change a quantum state? Why doesn't the nuclear fusion in a star make it explode?
Pandas how to find column contains a certain value Recommended way to install multiple Python versions on Ubuntu 20.04 Build super fast web scraper with Python x100 than BeautifulSoup How to convert a SQL query result to a Pandas DataFrame in Python How to write a Pandas DataFrame to a .csv file in Python