Could an infinite number of photons fit into a finite space?

In principle you could fit a very large number of photons into a finite volume but with a limit. Even though photons are waves, they have energy and from general relativity you can only have so much energy in a certain region up to a point where the energy density is so high that the region will collapse into a black hole. At this point the region will be infinitely dense and infinitely small.

So you probably could not fit an infinite number in a finite volume as the energy density will be infinite. This would also apply to fundamental particles as well (assuming they have no well defined volume) since they have mass and therefore energy.

Furthermore, if you were to continually put more photons/matter into it, the "stuff" inside the black hole (given a sufficient length of time) will gradually dissolve by radiating away the energy of the stuff that was there to begin with, once again meaning that no finite region can have infinite photons/particles.

To see more on this last part, click this link for more information about Hawking Radiation.

If the energy density becomes high enough electron-positron pairs will form. This limits the energy density of a photon gas. For example pairs can form in strong laser fields by multiphoton processes. It does not in principle require single photon energies of order $mc^2$. The so-called strong field Breit-Wheeler process happens of course at an energy scale much lower than that required for black hole formation. John Dvorak provided a Feynman diagram for such a multiphoton process. 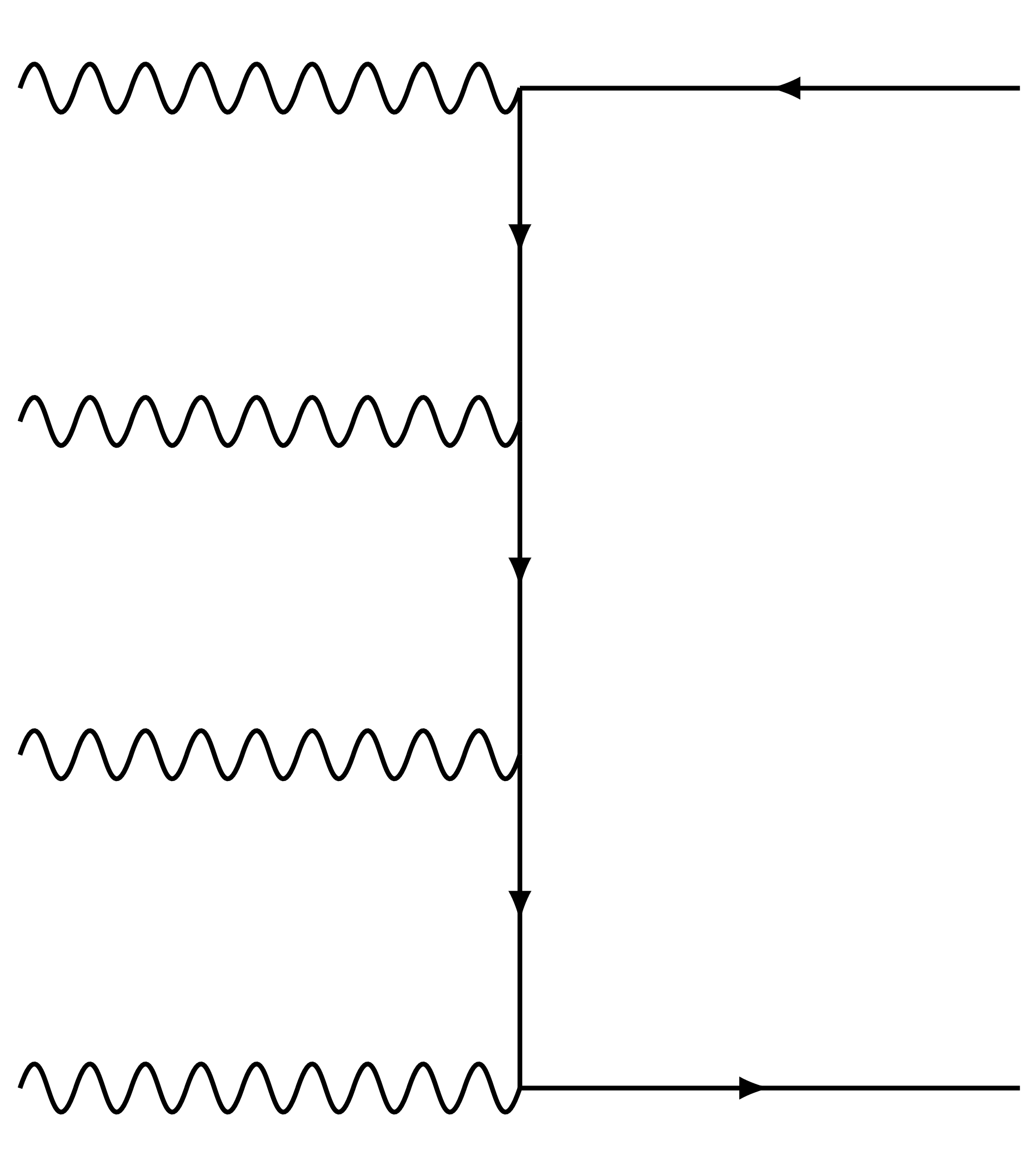 Here four photons convert into a positron-electron pair, if the sum of their energies is large enough. If it is not then a process involving even more photons will be the leading vacuum instability.

Let's use a spherical shell to confine the photons in a finite space. As a means to an end. The shell is made of incompressible material and reflects every photon (obeying Bose-Einstein statistics, so more photons can exist in the same state) inside elastically.
Let's fill the shell with photons. The photons must have a wavelength compatible with the radius of the shell. If the radius is very small (corresponding to a small volume of space) only high energy photons can enter, and if the shell has a larger volume also lower energy photons can enter (how we make them enter is of no importance; we can simply envision that the number of photons increases).
If the number of photons increases then, obviously, the energy contained in the shell increases ($E_{photon}=hf$). After enough photons have entered (with energies below the energy to create fermion-antifermion pairs, though they probably would recombine to recreate the two photons again; anyhow the energy would stay in the shell if we assume the box can't let the electron and anti-electron tunnel through) the huge accumulated energy of the photons (bosons) makes them collapse into a black hole.

There is no counter"force" which is present if we would put fermions in the box. This last phenomenon (degeneracy pressure, due to Fermi-Dirac statistics, isn't present in the case of photons) is what prevents neutron stars and white dwarfs to collapse into a black hole.
So, to summarize, a BH will form if you put enough photons in a volume of space (I'm not sure if the emerging Schwarzschild radius is the same as the radius of the shell). The size of the volume can have any finite size.

If instead, you put massive fermions into the shell, a BH will be formed too. But before that happens a neutron star and white dwarf will be formed due to the degeneracy pressure (if the volume of space in the shell is large enough). The degenerate pressure (as said, due to Fermi-Dirac statistics) of both will be overcome if more mass (fermions) is added after which gravity "wins" (It is thought that beyond 2.16 M☉ the stellar remnant will overcome the strong force repulsion and neutron degeneracy pressure so that gravitational collapse will occur to produce a black hole, from the Wikipedia article on neutron stars).

What is the reason for this apparent paradox caused by a massless spring with a locking mechanism? Does the time-independent Schrodinger equation in 1D have an exact and general solution? Why do eigenvalues correspond to observable quantities? What does a 4+1D wave look like at the light cone? Is there any way for a gas to pass through a solid metal? What is the difference between Uncertainty and Standard Deviation? What's the difference between normal and reaction force? Help with vector cross product identity "in" and "out" states in Weinberg's QFT Are wormholes evidence for traversal of a higher dimension? Is spin necessary for electromagnetism? What will happen if I multiply a ket vector by a complex number?
Pandas how to find column contains a certain value Recommended way to install multiple Python versions on Ubuntu 20.04 Build super fast web scraper with Python x100 than BeautifulSoup How to convert a SQL query result to a Pandas DataFrame in Python How to write a Pandas DataFrame to a .csv file in Python