Chemistry - Can one turn a nickel blue? 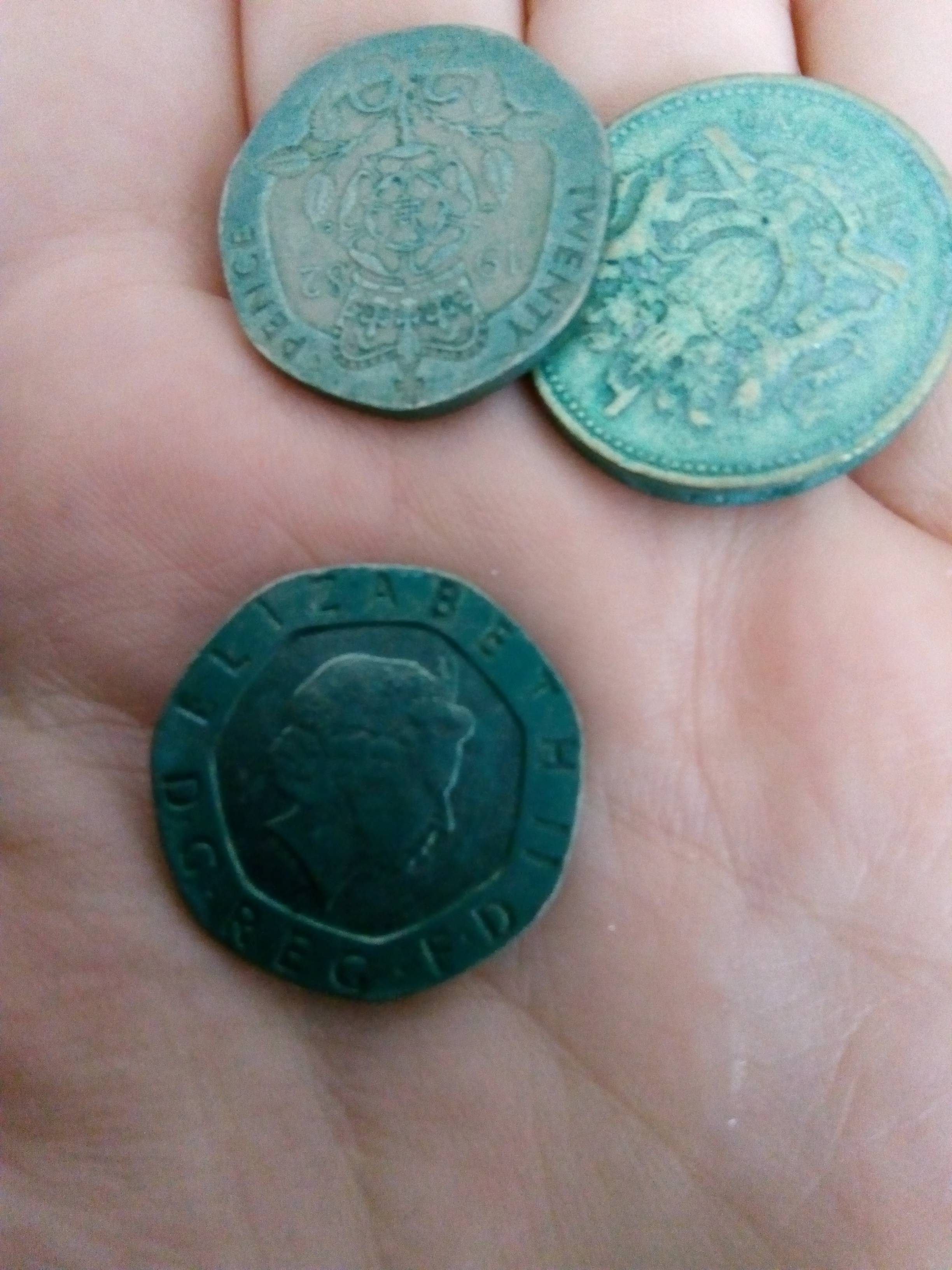 Austria Mint (Münze Österreich AG) since early 2000s issues bimetallic coins of various colors. Coloring is achieved by anodizing various metals and alloys. Basically, anodizing is metal surface oxidizing via a controllable electrochemical deposition of oxide layer of negligible thickness (about $\pu{1e-6 mm}$), which is physically very strong and can have many shades.

For example, anodized niobium among other colors (depending on current applied) can have an intense sky blue color. A 2003 commemorative "700 Jahre Stadt Hall In Tirol", as well as latter 2010 "Erneuerbare Energie" coins have an anodized niobium core in a silver ring: 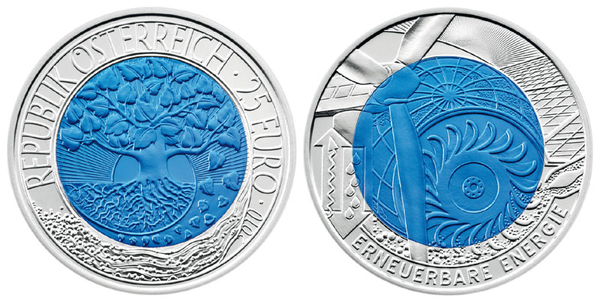 The problem with US nickel coin assuming it's made of 25% nickel and 75% copper is that copper forms two stable oxides instead of one, which happens, for example, in case of well-suited metals for anodizing, such as $\ce{Al}$, $\ce{Ti}$, $\ce{Nb}$, $\ce{Ta}$ and certain steels. This adversely affects the adhesion and significantly increases the risk of cracking the oxide film.

Attributing blue tint to copper and its alloys is possible via patination, which, I believe, happened in a case of Nelle Findlay (great observation, by the way!). The downside is that the coin will look like it has seen better days and also this tinting can be easily worn off (layer made of copper and nickel carbonates and oxides is rather loose), which will make the coin look less attractive (or more, from the collectors' point of view).

From what I see, this leaves us with these options:

Of course, anodized niobium will also do, but I'd rather leave it to an album that goes platinum, or as an attractive factor for a pre-order campaign:)

As noted : An old nickle or new one ? Old nickles are nickle , new ones are cupronickel ( I think more like 30 % Ni , bal Cu).Quarters are clad with monel ( 70% Ni, 30 Cu). Cu has several blue compounds but they would not adhere well so would wear off . I vote for paint.