SQL server will cache as much data as it can -- which is as others have said a good thing. This data it is caching is called the buffer cache -- but you need to limit this.

So what you need to do to fix this is limit the size of the buffer cache. Rule of thumb is (Total_RAM - (2GB or 10% (whichever is larger)) = Max buffer cache. If you don't limit the size of this cache then the server can start to hit memory pressure as the OS and SQL start contending for memory. You can find this setting under the memory section of the SQL server properties in management studio: 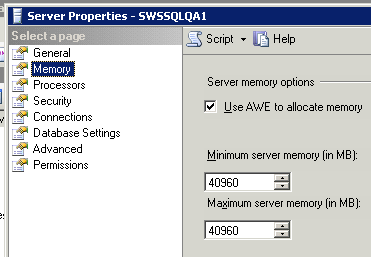 Look at memory best practices in Brent Ozar's SQL Server deployment checklist in part ii for more detail about this.

Since this started happening recently, my guess is someone did something to create memory competition with SQL server by installing or running another piece of software.

The reason why it's not showing up in Task Manager is it's using AWE, which locks and allocates pages in memory. This makes it important to set the Max Server memory since the memory is not pageable. http://blogs.msdn.com/b/psssql/archive/2009/09/11/fun-with-locked-pages-awe-task-manager-and-the-working-set.aspx

It's not a leak; This is the SQL is supposed to work. It grabs all the RAM it can. SQL is something that should definitely be the only app on the box, for this reason among other. If you really needed to limit it, I believe you can do that, but heaven help you if SQL ever needs more RAM than what you set its limit at.

I'm not sure why this behavior would have changed in the past few weeks, but it sounds like SQL Server is behaving as designed. It will typically hold on to as much memory as it's allowed to, up to the max server memory limit, relinquishing it only if some other process really needs it. The point at which you think SQL should relinquish RAM and the time at which SQL thinks it should relinquish RAM are obviously not in sync. This is fine and not out of the ordinary, that's why there are controls in place for you to clear this up. Set the max server memory parameter to allow the OS and backround apps some RAM and you'll be fine.

Furthermore, check out number 3 on this page to see why Task Manager is the wrong tool to use when checking x64 SQL Server's memory usage - https://techcommunity.microsoft.com/t5/sql-server-support/fun-with-locked-pages-awe-task-manager-and-the-working-set-8230/ba-p/315836

Cannot Delete GRE Tunnel httpd dead but subsys locked What role does "App Pool Identity" play for an Application Pool? What is the difference between iisreset, recycle, refresh and restart? Nginx - What is does the nodelay option do when limiting requests? IPTables only allow localhost access How can I ignore files/directories when building debian packages? Allow anonymous upload for Vsftpd? Is there any way to disable grouping databases in phpMyAdmin? Convert Hyper V images to Virtual box How do I setup a syslog server for my network? How do I create Virtual Hosts for Different Ports on Apache?
Pandas how to find column contains a certain value Recommended way to install multiple Python versions on Ubuntu 20.04 Build super fast web scraper with Python x100 than BeautifulSoup How to convert a SQL query result to a Pandas DataFrame in Python How to write a Pandas DataFrame to a .csv file in Python